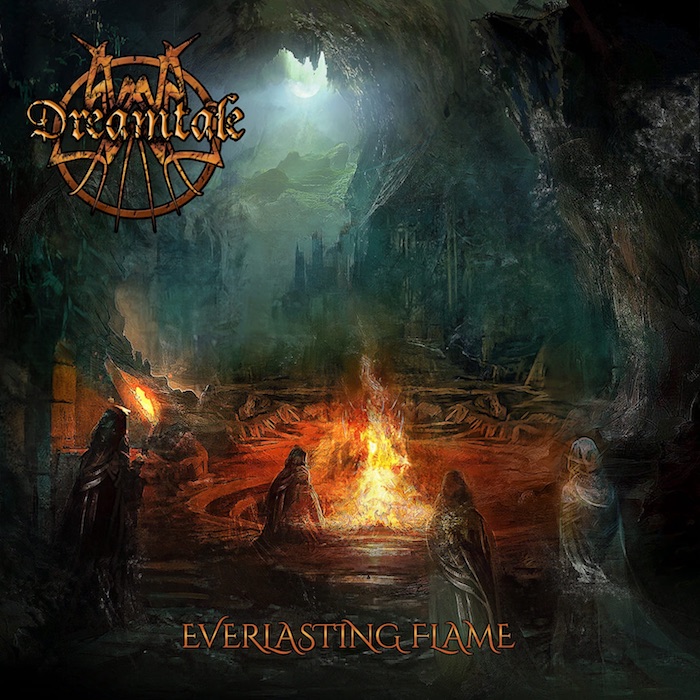 Already, when I'm sitting down to write this review, I'm getting a bit sentimental - even though Dreamtale had no lasting influence on my taste, they're still my first encounter of Finnish power metal. I had known them pretty early on in my journey through the vast realm of both metal and power metal. So, very much like Nachtblut, my understanding of them had progressed throughout these past two years. I seem to grasp new elements everytime I listen to them and I'm beginning to appreciate them more and more. Maybe part of me even holds them in higher esteem than I do with Stratovarius. Hence when Nitte had posted clips of their rehearsal on her Facebook a few months back, the hype had been building up. After the teaser my anticipation had nearly reached the point of anxiety. And now, it's finally here.

But, has my expectation been met?

Well, 'King Of Kings' kicked off the album well enough with a soaring chorus and banging verses. 'Blood Of The Morning Star' had opted for more piraty (or was it Viking?) vibe to the verse - not quite unlike those on 'We Have No God', minus the spoken vocals of course. The amount of synth on 'Last Goodbyes' could probably count as a trademark of Dreamtale. Now comes the nostalgic part, because I can definitely hear 'Ghostride' and 'No Shadow Goes Too Far' on Ocean's Heart with that orchestra and rhythm. 'Immortal Souls' and 'Summer Rose' has got some Phoenix feeling as well, I can reasonably suspect it's the cooperation between the keyboard and guitars, especially the synth threaded into the riffs that gave me the feeling. 'The Glory' is another track of highly energetic Europower, quite like the opening track 'King Of Kings'. The drumming rhythm at the start of 'Eye For An Eye' reminds me vaguely of Great Shadow, though the rest of the track, especially the chorus, proved to be more befitting to Ocean's Heart (again!). Now, 'Lady Dragon' was the ultimate surprise here, being the balladized version of their initial Japanese bonus track back on Phoenix. When I'd heard the teaser I had been a bit skeptical, but this is actually quite fun and interesting. Probably, I'm just missing the Nitte back on Savage and Saint. But this just proves my point when I say that it's the vocals that make or break a ballad for me. Besides, they'd kept the original speed on the solo. Again, I'm getting huge Ocean's Heart energy off 'Silent Scream', especially with that so-called beast's growl. Tanhupullo actually sounded a bit like the style Korpiklaani had on levan polkka with the speed and the vocals. Or maybe it's just the sound of Finnish lyrics. 'Sleeping Beauty' was not much fundamentally different from their 2019 version. The semi ballad 'Pirates' Lullaby' brought the whole 1 hour experience to a nice end. But since it's just a 2-minute ballad, there's a certain sense of being...left off in the middle. I wished they'd written a long epic.

This is most definitely Dreamtale.There's all the fast double drumming you can ask for. The trilling guitar riffs are there. Songs proceed, as usually, with a mindblowing speed or a more banging, mid paced rhythm. The catchy choruses all promise to live in your head rent free for many days to come. I'm also getting a tinge of folk vibe here and there. And of course, Finnish power metal just can't exist without a good amount of keyboard, no?

Still, I ask myself, has my initial expectation been met?

To a certain degree, yes. But there are two dissatisfactory points here that I can't, I just can't ignore.

First off, I was definitely expecting more... interesting vocal arrangement. Personally, I was super hyped over Nitte joining Dreamtale: to hear my favorite female vocalist on one of my favorite power metal bands is rare for me, especially since my general preference for female vocalists tend to fall more on the classical metal side - I'd take Doro over Tarja any day. Now, individually speaking, Nitte and Jarno work well enough, both being very apt vocalists for the genre. But when the two met... let's just say Nitte and Jarno's overall range and tone are a bit too close to make any genuine difference. Having two vocalists seems a bit superfluous in this case, and neither of them seemed to be fully utilized.

Secondly, I'm actually a bit annoyed with the synth here. Dreamtale has remained as one of the few bands that can insert a large amount of synth into songs without rendering any genuine annoyance from me, and I do enjoy a good punchy rhythm from time to time. But the synth work here is a far cry from the dynamic works they'd done on, say, Phoenix. The synth parts here are just...limp. I find the majority of them stretched and overly high-pitched. Being mid-paced, 'No Shadow Goes Too Far' makes me even more uncomfortable as the synth there is just brought inevitably to my attention. Even 'World Changed Forever' sounded better than this.

Well, nothing much remained to be said. This is Dreamtale, but this is not the best they can do. I shall keep this a lesson - next time, don't get so hyped over a release, the contrast hurts.