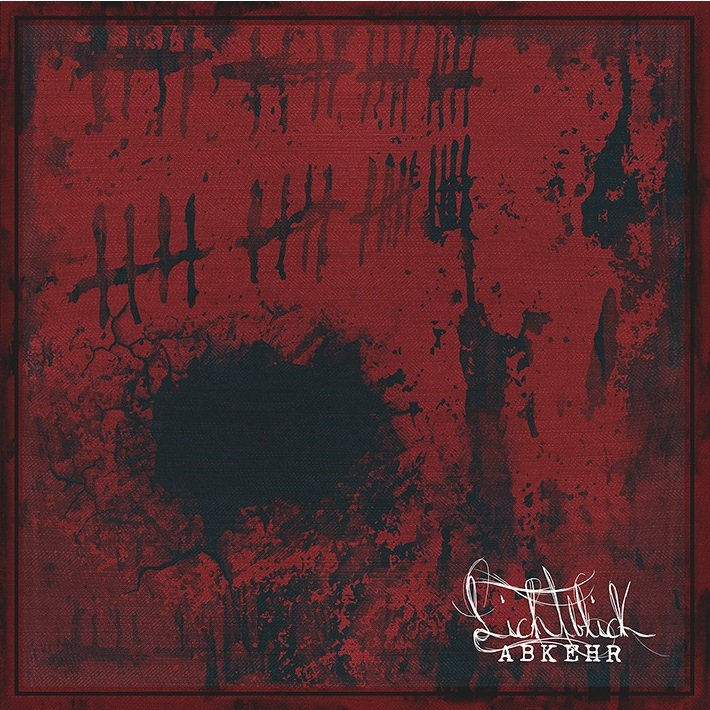 In the ever expansive and over cataloged world of black metal, DSBM or depressive black metal has had something of mixed reception and reputation. Many people do praise acts in this style, but there was a time where, like all subgenres and trends, DSBM got stale really fast, then in the 2010’s the “blackgaze” or post black metal trend happen. The cycle repeated and nowadays not many bands use the DSBM tag, well, that certainly isn’t the case for Austrian outfit Lichtblick, who released their sophomore record Abkehr in late February through Immortal Frost Productions.

Lichtblick at first listen do certainly fit the tag and trappings of DSBM. The dronning and piercing wall of guitar sound, the wailing and tortuous vocals and a particular focus on somber and appropriately depressing and melancholic atmospheres and melodies with mostly mid-paced rhythms that also enhance the dirge like quality of DSBM. But, there’s two major aspects where the band actually do stand out with this particular record. The first and most noticeable is the production quality. The album sounds really, really good, its actually on par with the sound quality you’d find in a late era Paradise Lost or Shining record, and more surprisingly, the band actually make good use of the high quality production, and that’s thanks to the second noteworthy aspect which is the music itself, as mentioned, the band do have the main aspects of DSBM but they give it a modern twist.

The band’s chosen style of DSBM takes clear cues from the “post black” bands that dominated the scene in the 2010’s but the Lichtblick differs in how their music is firmly rooted in black metal, and instead of bringing elements from post rock or shoegaze, the band instead has more gothic and even progressive elements, and the more polished production enhances those elements very well, and more importantly, at no point is the music pretty or ethereal, the actual instrumentation and melodies certainly have a lush and beautiful quality, but the band knows how to make that musical beauty sound profoundly depressive, furthermore, the band puts a clear emphasis on the atmosphere, and that’s where the band truly embraces DSBM, the songs are long and dronning, the riffs and melodies are repetitive but with the intent to lull the listener into a trance of torpor and nostalgia. It's very effective and calculated all in all, but the band do manage to add complexity and refinement in the monotony, while also having enough force and grit to keep the music within the realm of black metal.

Tracks like 'Geäst' and 'Under The Ice' have that very dronning quality and seamless switch from anguish to melancholy, but the real kicker are the deep cuts, in fact the opening two tracks do an excellent job prepping the listener into a false sense of depressive calm before bringing the blast beats, double bass drums and more complex riffs, but at the same time, the atmospheric qualities aren’t dropped or downplayed, the band still manage to balance the harsh walls of sound with somber melodies, and in a way where each track builds on top of the previous track, this is very evident in the tracks 'Geister' and 'Amaurosis', and it works out very well, as it feels like an ever evolving piece of several movements. And tying all that music together are the wailing and echoing vocals of founding member A. who also handles the drums. The vocals are quite unique since they are on the lower more growl-like register, but A. manages to have blood chilling howls, and his clean vocals also have an unhinged choir like sound, and they mesh well with the music.

Overall, while the band managed to make a surprisingly decent DSBM record that has both a very firm grasp of the good parts of the genre while also embracing modern soundscapes. The album does suffer from the biggest detriment that has plagued DSBM since it was popularized and that’s monotony. Abkehr is really good, and enjoyable, but the album has one mood and one style and it sticks with it, and while the record isn’t as long as other DSBM record, the album being very one note makes each song sound longer than they are and what few moments of musical diversity are very far spaced, and again, even the cleaner and more progressive sections sound similar to one another. So while the band do make good use of what they have and do have a very good and clear direction of where to take their music, they still need to iron out some quirks that are preventing them from being better, but only time will tell.