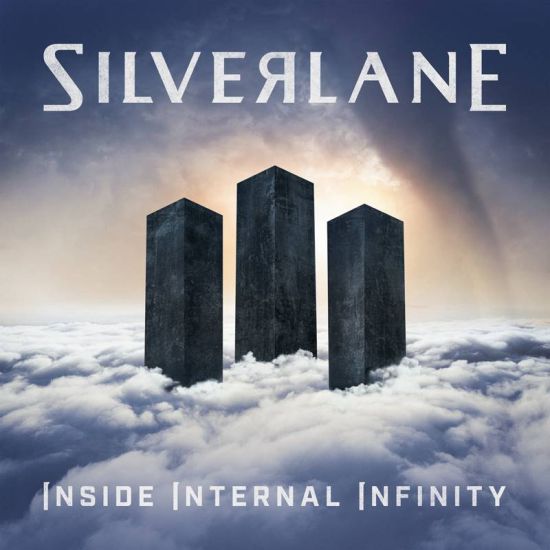 Oh great, Silverlane has taken that inevitable step melodic power metal bands tend to take - they have made that AOR/hard rock tinged power metal album. Perhaps I should have seen it coming when I'd heard 'Ready To Rock' back on Above The Others, but I guess I was hoping for some twist of luck. At least some of the songs here tickled my fancy, or it would've scored even lower.

Opening with 'Twinkle Twinkle Little Star', another totally unnecessary intro with their first appliance of child's vocal, the album had already gone low in my esteem. But my opinion had improved by the end of 'I Universe' because, well, to put it simply, I love a good banging riff, and the bassline is pretty obvious as well. Overall, I'm getting a huge Dynazty vibe off the majority of their song structures and riff progression - punchy, banging verses followed by a highly catchy chorus, then the somewhat heavier and slower bridge leading to the solo and the chorus again. The solos here served, but they're nothing complicated. The loss of their keyboardist seemed to have no obvious influence on their usage of keyboards and synth. Indeed, I do find the synth a bit overwhelming, even when they pushed the dynamics well enough. At least they hadn't turned into disco metal, yet. For that I'm grateful. But the piano ballad 'Soul Of Tears' sure had limp and boring written all over it. Now, some of the rhythms here are truly poppy. Am I talking about that verse on 'Leviathan Rising'? Probably.

Usually I don't complain about lyrics, because most of them tend to slip my attention anyways. And I have yet to make up my mind whether to laugh or to cringe at "Lazy fat cheeks don't think revolution" (Leviathan Rising). But that little chorus on 'Scorched Earth' had stirred my annoyance. It's just "All that we get" with a bit of "gonna" thrown in as a variant - not very much of a change, if you asked me. And the child's vocals don't help in the least. Perhaps I'm just a bit sensitive after Hammerfall's "Reveries". Even if it's catchy as hell, I'm still annoyed at its simplicity

Of course, I am relatively impressed with Tommy Klossek's performance. He's not fundamentally different from their former mic-wielder, being also rather raspy and nasally, with some AOR vibe thrown in as well. I was thinking of describing him as a slightly harsher Nils Molin or a more melodic, more poppy Chris Boltendahl. But both the husky whispers he had used, and the synthetic effect added to his voice at some points are a shade cringy. To sound like a heavy metal version of Orden Ogan is totally unnecessary.

Sometimes, I just wonder, why is it that almost every melodic power has that heavily AOR/hard rock influenced phase? Granted, not all of them are unenjoyable, because sometimes a good punchy rhythm is the only thing needed to quip my interest and keep me going on listening. But the majority of them just can't stand any constant playing. Sure, some songs stand above the others and there's no denying that they're bloody brainwashing. Yet the rest just tend to fade into the background. Besides, some of them just come too close to pop for my comfort. And somehow Silverlane had managed just all that here on Inside Internal Infinity - some disappointment.