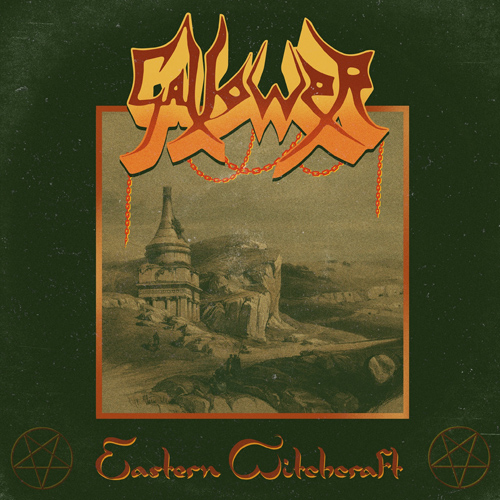 Admittedly, Gallower’s first album did not leave a lasting impression on me. Now they return with an EP on Dying Victims Productions and this label fits very well with the style of their music. You get a crude bastard of pounding speed, black and a small portion of thrash metal with a sound which is somewhere between the standard of the 80s and the operating noise of my hoover. DVP have this fine nose for metallic oddballs and Gallower join the ranks seamlessly. For instance, those who like Sacrifizer (from France) will also enjoy this EP.

Four songs and an outro form an EP of 16 minutes. That’s not much, but in contrast to the debut album, it whets the appetite for more. Especially the vibrant 'Claws And Fangs' storms restlessly through the eastern forests and orphanded lands. Gallower know the value of a catchy chorus and they are able to implement their musical visions competently. In addition, their riffs haven’t been heard many times before and even the solos (at least those of the aforementioned piece) hit the mark. Unfortunately, 'Susanoo’s Deceit' rumbles on a lower level of quality, but it is still solid and free from annoying details. The remaining tracks are placed between the two aforementioned songs. They convince with their grim, aggressive and somewhat unusual appearance. If feels good that the band performs its style whole-heartedly and the integrity of the dudes shimmers through every tone of the EP which scores additionally with the fascinating artwork.

Okay, there is still room for improvement. The pretty ordinary vocals, for example, do not give rise to complaint, but they also do not hurt the overall picture. Maybe the band is able to connect its natural aggression (the regular songs) with their instinct for atmospheric sounds (the outro) in slightly more opulent tracks on their next release. This could be a very charming combination. Until then, Gallower should be kept in sight.