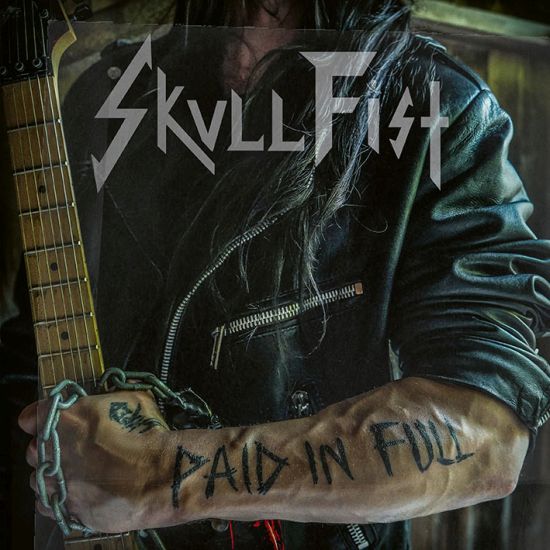 Ah, Canada you magnificent bastard. One of the best places one can nowadays look for quality heavy metal and one of the to-go places for the resurgence of the classic sound! From the that magical place of snow, bears and maple syrup come the mighty Skull Fist, to reclaim their throne after a somewhat disappointing effort on their previous Way Of The Road. I really enjoy the little wordplay on the new album title as it is no secret that the band went through a lot of label hurdles and financial struggles but they are back with a vengeance.

With a significant change in the line-up and now a 3-piece, Zach Schottler had his hands full handling both the insane guitar parts and the vocals and I have to admit I’m a bit impressed with his output in both those fields. The guitars are flaming with their usual inventive riffing and excellent almost-shredding solos, maiden-ish twin harmonies and melodies flying all over the place, while the vocals boast an impressive variety channeling everything from Klaus Meine to Michael Kiske. The rhythm section is concrete solid but breathing enough to compliment that feel-good analog live feeling to the whole production.

The songs are great in their majority and there are several moments that the band “thinks” out of the box, either touching thrashier areas like on 'Crush, Kill, Destroy' or utilizing Scorpions influences like on 'For The Last Time'. There are obviously the more formulaic (read: kickass) Skull Fist moments like 'Long Live The Fist' but overall the album maintains a sense of coherency and it’s well written. The order of the songs also feels like a winning bet, starting with a bang on the two first tracks then racing through the album effortlessly but knowing when to slow down so we can catch our breath. Which brings me to my main problem of Paid In Full...

...the length. I can understand bands opting to write shorter albums for the sake of vinyl pressing or short attention spam hazards and believe me I know their music benefits from the shorter durations as a whole, but a new effort clocking at 33 minutes, especially when it features a re-recording of an old classic just doesn’t cut it. I had the exact same problem with Eternal Champion’s “Ravening Iron”, we pay for music and dammit, we demand music!

Overall this is a very solid effort and a warm welcome back to Schotter & gang with an album that can give repeated, back-to-back plays full of this carefree, silly rockstar attitude that reminds us that not all releases have to be deep thought-evoking opuses and there is still a place for (well written) catchy & easy to digest old fashioned rocking. And damn, those 33 mins just fly by.

Worthy tracks to check: 'Long Live The Fist', 'Warrior Of The North'