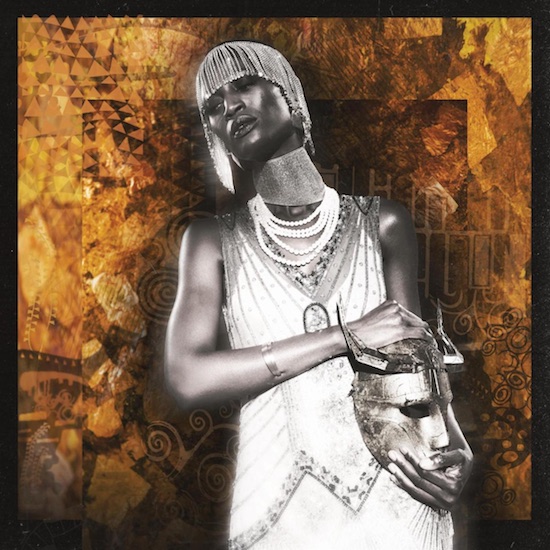 Chaotic is a term frequently used by the uninitiated of extreme metal to describe aggressive, noisy or music slightly out of their comfort zone. It is indeed difficult to reproach them with such a description when these musical genres want to be transgressive by their very nature. Nevertheless, this description is limiting and sometimes too generalized.

A more experienced ear will indeed be able to identify the subtleties between a group that relies on an atmosphere derived from the repetition of a few chords or a group that relies more on standard structures like the famous rondo. For some bands, however, such as the American band Imperial Triumphant, we have to admit that as limiting as it may be, chaotic is the most appropriate word to describe their music. This New York group integrates key concepts to the "free jazz" style such as improvisation, experimentation, transgression and the accentuation on the timbre rather than the note. The result is a music that describes itself as well as the megalopolis inhabited by the trio; frenetic, dynamic and dizzying.

Their fifth album, Spirit Of Ecstasy is the last of a trilogy where one could roughly describe their musical genre as a meeting between experimental death/black metal in the style of Portal or Deathspell Omega and free jazz in the style of the great Charles Mingus. Although this is the second album distributed by Century Media, the sound and musical structure are more reminiscent of the album Vile Luxury where the band revealed, for the first time, in a rather explicit way, its links with the jazz universe. We find there a more organic approach much closer to the free form style than Alphaville where the rather methodical and technical approach typical of metal was more present.

The use of jazz influences can be found not only in the few interludes where we can distinguish the presence of trumpet, trombone and even saxophone (such as the solo performed by one of the most famous musicians in the smooth jazz scene, Kenny G., in the middle of the piece Merkurius Gilded) but also in the composition. Indeed, from the first bars of the piece 'Chump Change' we find ourselves in a dissonant universe where the drums don't follow any recognized structure and atonal chords produced by the guitars. The vocals used in this album can be, once again, compared to the style appearing in the discography of Deathspell Omega, a hybrid vocal style, located between the scream of type ''fry scream'' characteristic of the black metal style and the ''growl'' more common in the death metal.

The mixing of the album plays a very big role in the musical experience that Spirit Of Ecstasy offers. The album alternates between the use of echo and reverb effects to give the illusion of space and volume (the second half of 'Tower Of Glory', 'City Of Shame') and white noise in conjunction with the palm mute of the guitar to give a claustrophobic feeling ('Metrovertigo').

The result is a feverish and chaotic experience where atonality and dissonance reign supreme. Whether it is for neophytes or for extreme metal fans, this album will take many out of their comfort zone. Although Imperial Triumphant remains consistent in their innovative, deconstructivist and primitive approach, their music remains difficult to access and approach for those who do not fit into the avant-garde genre.

I would certainly recommend the album to fans of the unexpected, to those interested in avant-gardism and for the most adventurous of metalheads. For my part, I recognize the innovation and the ambition of such a project. It seems clear to me that Imperial Triumphant pushes the limits of extreme metal and that the album Spirit Of Ecstasy cements this New York band among the great acts of avant-garde music. However, I have to admit that I can only leave this chaotic, disjointed and certainly bizarre music to those who are more interested in this scene.

(originally written in French for metalalliancemag.ch)