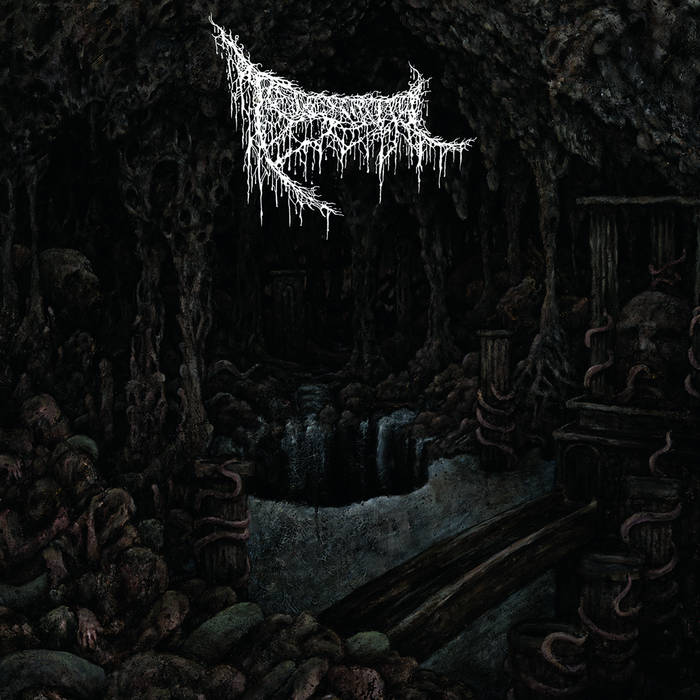 From the blasphemous wellspring of extreme metal that Portland, Oregon seems to be turning into, we have the abominable Triumvir Foul, who after five years unleash their newest (and supposedly their last) full length titled Onslaught To Seraphim through Vrasubatlat and Invictus Productions.

Triumvir Foul certainly play filthy and blasphemous death metal but they’ve also displayed a technicality and a strong sense of atmosphere that not many other bands in this style play, or rather, they give it their own spin. Specifically for Triumvir Foul, however, they’re masters of balancing fast and pounding speed with overwhelming and lumbering midpaces seamlessly and on this third opus they’ve refined that mastery to absolute perfection. Onslaught To Seraphim is an experience like no other and is by far the band’s most accomplished record yet, not only expanding their style of wretched death metal, but also pushing their extremity to its nadir. On top of that, the band managed to pack quiet the burst of pure extreme metal in a surprisingly short amount of time, so that makes the record much more compact than previous records, and also displaying a tighter focus in short songs that are each substantial. Furthermore, this more focused approach is not only present in the songwriting, but the pacing; at under 35 minutes the record is as long as it needs to, and it's never boring nor does it drag.

My only main critique is that the short length can also make the album fly by very quickly, which isn’t a “bad” thing, but if this is the band’s final album, then they ended things leaving me wanting more. Granted there’s 2 other records I can check out, but still. However I do have to praise Triumvir Foul for wanting this record to have as high an impact as possible, regardless of length.

In regards to more specifics, the fact that such unrelenting death metal is the handiwork of two people is astounding. They have such tight chemistry, all instruments work in perfect unison, and yet, members Ad Infinitum and Cedentibus still manage to flex their technicals skills, the latter being the major standout on drums. It's his fills and beats that enhance the seamless transition between the blistering speed and lurching mid pace, and that’s not to downplay the skills of the former, Ad Infinitum’s vocals and strings are the commandeering force in the record. His riffs, bass lines and especially his demonic vocals are certainly what gives Triumvir Foul its unique aspect, and again, both he and Cedentibus are in complete sync in their flexing. And another very appreciated aspect of the instrumentation is how the band incorporates ambiance to close off or open songs. The subtle yet effective use of what seems like synths and effects give the songs not just atmosphere but also depth, and like everything else, it jells excellently and organically.

Overall, while I would’ve liked Triumvir Foul’s final chapter to be a bit longer (maybe one 7 to 8 minute song). Also, how they're taking their bow is not only as good as their previous works, but it’s easily their best in both technicality and execution. Sad to see them go, but glad they were here anyway.