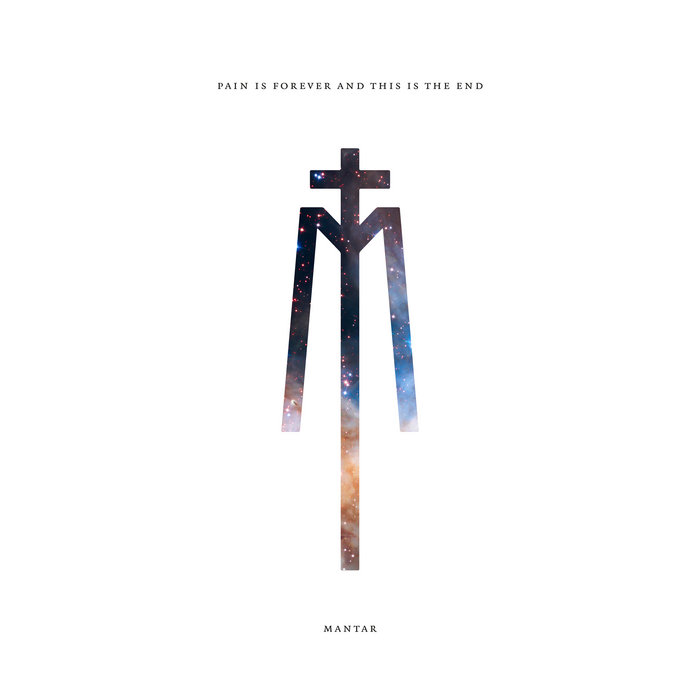 The fourth album Pain Is Forever And This Is The End by one of the best metal duos these days, namely Mantar, is one of the best albums in the black/sludge/post call it whatever you want genre within the last years. When you followed the development of the Germans, this step was quite predictable but the perfection of the ten tracks is surprising nevertheless though. No flaws can be found on the album and each track spreads its own fascinating atmosphere.

Starting off with 'Egoisto', you get a hateful and pissed-off song offered as opener. Mantar had a lot of noisy stuff that disturbed the melodic arrangements which made it sometimes a little bit difficult to fully enjoy their music in the past but they manage to create really conclusive songs this time. 'Hang 'Em Low (So The Rats Can Get 'Em)' (what a great inhuman title!!!) is much more epic with some melodic sung parts but of course without any compromises or commercial intentions. What one has to state is that these guys show much more of their influences in the compositions (what they already did with the cover album Grungetown Hoolingans II). Just listen to 'Piss Ritual' which is clearly a homage to Nirvana, not only within the music but also the title refers to them. Does anybody remember 'Territorial Pissings'?? Another big surprise and also a catchy and epic song is 'Of Frost And Decay'. It is the calmest song they ever wrote but like with all the other songs, no real commercial shit. 'New Age Pagan' is a very well done approach to mix black metal with some noise elements and again some melodic sung parts. The album closes with 'Odysseus' - again a calmer song with maybe some hints that you will never know how the next Mantar album will be ("I close my eyes and sail away I will never find my way")?

Well, let's hope that the album title isn't meant literally and that we can enjoy some more albums by Mantar in the future!!