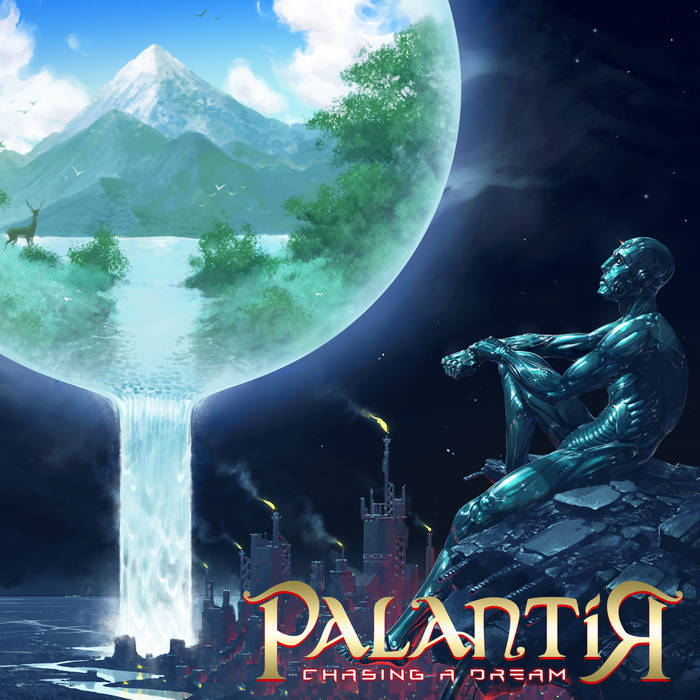 Buy on: Bandcamp
Type: Full-Length
Release Date: March 1st, 2022
Label: Stormspell Records
Genre: Power
1 Chasing A Dream
2 Queen Of The Moon
3 Astral Prison
4 Among The Stars
5 The Beast Within
6 Transcension
7 Where I Belong
8 Read The Signs

So far this year, I had not been exactly satisfied with the power metal releases coming out of the Swedish scene. Sabaton was verily traumatic, being the ultimate insult to the genre they are. Hammerfall was acceptable. Veonity was enjoyable enough, but unfortunately still more of a miss than hit for me. I'll leave Freaks And Clowns out of this discussion since they work on a slightly different style then the aforementioned bands. Well, my dissatisfaction ends here - Palantír's latest release not only kept up the reputation they had established on their debut, but also reached that level of greatness by my standards. Yes, this is the pure blooded EUPM that I had been looking for this year. Honestly, this might just stay on the top of my AotY list. My only complaint is the length - the 40 minutes had simply flew by.

What more should I ask for? The guitar works are fast and melodic, yet the verses on 'Astral Prison' also got that slightly darker and rougher tone to it. The rhythms are punchy enough but not nearing the more AOR-tinged side of power metal. The solos are the unlimate shredfest and the drums kicked on with energy not quite unlike that of Dan Zimmerman. Now, the keyboard here actually got a stronger role than their debut, giving them more of a Stratovarius-ish sound rather than the Rhapsody Of Fire tendency they used to have. More on that later. I had, of course, always enjoyed Marcus S. Olkerud's vocal works - he's a pleasant mix of Michael Kiske on the higher notes and Fabio Lione on the lower ranges, with a bit of Timo Koltipelto thrown in for good measure. The lyrics this time still touches upon various subjects, though I definitely recall several sci-fi themed song, namely 'Astral Prison' and 'Transcesion'.

Personally, I find that the recruitment of the keyboard wizard Johannes Frykholm was one of their crucial steps towards greatness. Mind you, I'm not always on the best terms with keyboards. However, Frykholm's performances here are truly outstanding whereas their former keyboardist Joel Sjöqvist was merely serviceable. The orchestra adds perfectly to the dynamic of the riffs, often in remembrance of melodic power metal gods like Freedom Call and Power Quest. Occasional synth works on songs like 'Where I Belong' brings out the best of Stratovarius. Also, the more neoclassical number 'Queen Of The Moon' falls nothing short of Derdian. So to speak, they had fully utilized their keyboard this time. I especially enjoyed the solo in 'Astral Prison' and the guitar - keyboard duel on 'TheasBet Within'.

In brief, if you like keyboard, if you enjoyed Stratovarius and Rhapsody Of Fire at the peak of their career, then Palantír's Chasing A Dream is a record you can't miss. As an afterthought, that cover is beautiful, no?