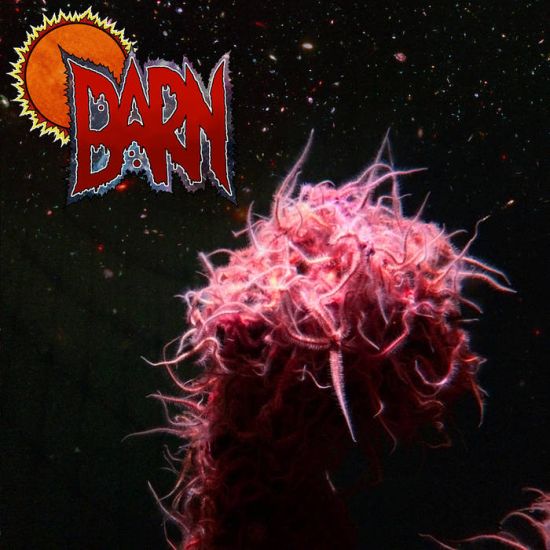 I don't remember how I came across the act under speculation here, but I admit I was a little skeptical when I read the absurdly stupid name "Barn" as well as the trippy, completely not metal cover art which looks like a bloodied sperm cell under a microscope. Still, something compelled me to dig deeper after reading the reviews, and I couldn't be more glad that I looked past my initial judgment and gave this band/album a try.

In a world where almost every metal release from everyone of its subgenres is just a modern rehash of old ideas, you can imagine how blown away I was when I gave this a listen and felt bewildered by the complex arrangements, intriguing riffs and overall oddball quirks this album uses to separate themselves from the pack. Pinning down Barn's exact sound with words is like trying to convince your one friend that's in a toxic relationship that it's not going to work… it's ultimately pointless. However, if I were to try, I'd say Barn sounds like if you took all the best parts of golden era Vital Remains, Death, and The Chasm and completely reworked the formula from the ground up.

The riffs are particularly unique, groovy yet extremely tight and technically proficient without feeling like pure wank. The atmosphere is spacey, almost otherworldly, without sounding like another Blood Incantation clone. This album truly captures the essence of an album like Demilich's "Nespithe" or Timeghoul's two demos without being a copy of either one in any way. The drumming… oh wow, the drumming. On top of sounding extremely organic and heavy, they're played excellently and, to my surprise, contain spliced electronic drum rolls - something I've never heard before in extreme metal, and it works so fucking well.

The bass player is an absolute beast. Either the bass adds that extra chunk to the riffs by following along with the guitars, or creates an ethereal feel by playing a lead higher on the fretboard; again, all without being too wanky to tolerate. Sure, this is ""technical"" death metal… but it's so pure and raw, unlike tech death bands like Fallujah, The Faceless or Archspire which are very controlled and calculated. The vocals are standard, but menacing. Perhaps this field could use a little work with some additional range, but they certainly aren't hurting the album any.

The sound of this album is lovely. I already stated the drums are organic as fuck, but the guitars are probably the crunchiest I've ever heard on a modern death metal album, spilling at the seams with hate and attitude, and even some guitar effects are used for good measure. The bass has a decent tone, I would have liked it a little thicker, but if it ain't broken, don't fix it I guess.

Barn's self-titled shows more songwriting wits and promise than the majority of big label modern death metal bands such as Frozen Soul, Gatecreeper, or the other number of boring ass death metal bands that are out in the world nowadays. It's melodic, it's technical, it's heavy as fuck and it's always doing something interesting. If you haven't listened to this album yet… the fuck are you doing? Do not be turned away by the silly band name or cover art. This is seriously some of the best death metal to come out in the past decade or so.