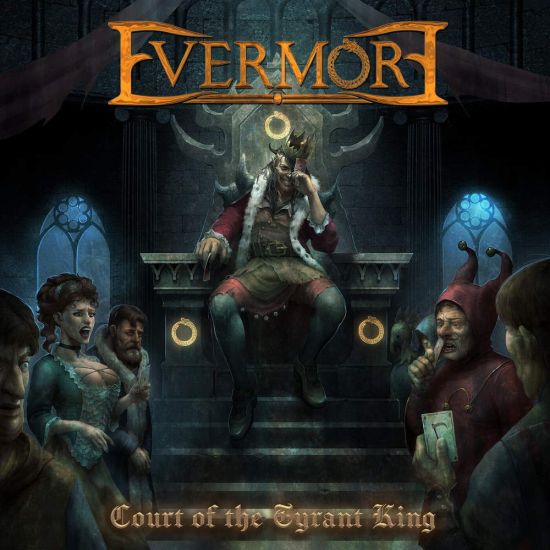 Strange how the genre of power metal is prone to produce two sorts of bands these days. Some choose to adapt the more modern, pop music-ish sound and use a mass amount of synth. Yes, I’m talking about bands like Arion and many Finnish melodic power metal bands. Others choose to hearken back to the golden age of the 90s, more focused on the speedy guitars and pounding drums. At the first listen there will be no doubt in which category the Swedish newcomer Evermore falls into. Their fast and thrilling guitars, highly energetic drums, soaring vocals can easily bring one back to the glorious age when bands like Edguy and Stratovarius reigned supreme.

As my review title points out, this is sort of the height of mediocrity you can find in the genre. The riffs are flashy, sounding happy all the way. The choruses are catchy, I find myself almost instinctively bellowing out to “ follow the road and you hear or see no evil” after a few listens. The lyrics, true to its name, talk about the life and death of some sort of king who is a tyrant. You know, the typical fantastical stuff. I actually quite like the vocalist Johan Haraldsson despite finding him a shriller version of Alessandro Conti. His high notes aren’t really impressive, but are solid enough not to get drowned out by the instruments. As usual, group choirs are strewn everywhere and a healthy dose of orchestra and piano is added. The overall style is the fast and melodic power metal you will find in Dreamtale and Dragonforce, though with none of the latter’s flourish solos.

Indeed one will make many connections here. Intro 'Hero's Journey' simply vibes off Dreamtale with its orchestral arrangement, then launches into 'Call Of The Wild' (I hope that name was a coincidence), a track which seems to draw their influences aplenty from Stratovarius. The title track has a riff worthy of 'Freedom Call'. And whoever did the songwriting must have been a huge fan of Edguy, for their influence are very pronounced here. Especially the riff for 'By Death Reborn' - if that wasn’t a Mysteria rip off then I’m deaf. Not that I’m complaining over this point since plenty of other bands do this. And I’m probably not the only one who finds their cover art a darker, more Victorian themed version of The Mad King.
But two complaints I have to make about this release. Its shortness is definitely one. A near 40-minute debut is just too short when it’s filled with solid, if not excellent, stuff. Also, the production is a bit rough. The overall quality is a bit muffled and since I like to listen to my power metal at full volume, I find the guitars slightly fuzzy in solos. Even at full volume the bass are mixed a bit far behind.

Still, as far as debut albums go, Court Of The Tyrant King is a release that will please most fans in the genre. That is, if you are familiar with the most generic sound power metal has to offer. If you already felt bored with those, then this is something you should avoid like the COVID-19.