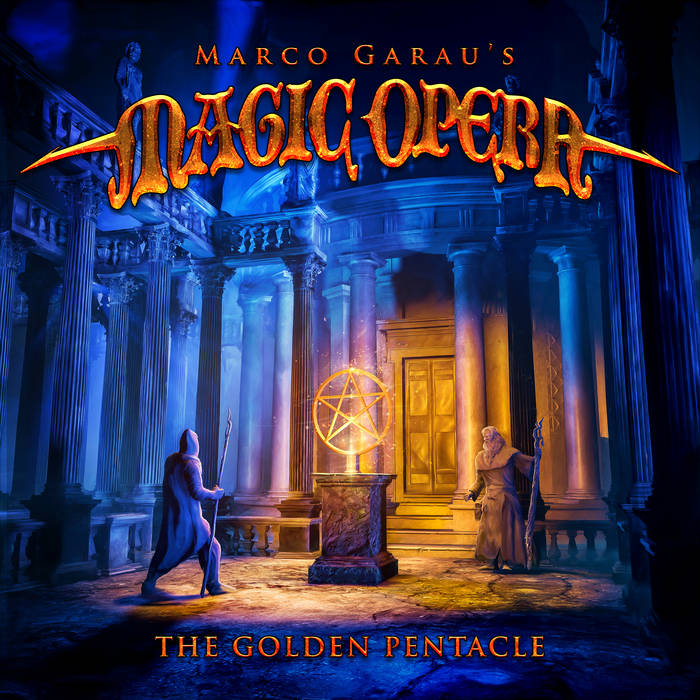 Buy on: Bandcamp
Type: Full-Length
Release Date: February 19th, 2021
Label: Independent
Genre: Power, Symphonic
1 The Golden Pentacle
2 Elixir Of Life
3 Keepers Of The Night
4 Never-ending Pain
5 Fight For The Victory
6 The Secret Of The Sea
7 The Sacred Legacy
8 Free Again
9 The Other Side
10 Thief Of Souls
11 Until The End Of Time

I've always been a fan of Galneryus, and any metal with neoclassical elements, especially power metal, will have a place close to my heart. So when Derdian's Marco Garau put out this opus, my top 3 album of the year list was completed - near an hour of neoclassical power holiness seems too good to be true.

Marco Garau's Magic Opera indeed, this could well serve as "New Era Pt.4", the melodies and rhythm section take me back to their olden days easily enough, especially 'Fight For The Victory' - it wouldn't have sounded out of place in "New Era Pt. 2 - War of the Gods". Derdian is probably the only band in the genre that can have their keyboard reign supreme yet don't render any yawn from me, and Marco Garau's Magic Opera sure share their feat. The way the whole album proceeds just fits perfectly into my definition of "fluent"; no dull points, every melody enrapturing. The solo in 'The Sacred Legacy' is definitely my favorite on the album, Marco's keyboard and the two guitars just blend together so well. The more ballad-sy number 'The Other Side' is a perfectly touching mood changer, a bright hymn along the lines of Freedom Call's 'Hymn To The Brave'. And the drums keep up a solid performance. The whole album is just a display of pure golden musicianship.

Despite sounding a lot like Derdian, they did take a different vocalist. I don't generally like the lighter, more operatic approach most Italian vocalists tend to take, so having the Russian Anton Darusso here is a welcome change. His more nasally, gravelly voice just makes things work for me. Think of a mix between Herbie Langhans and Michael Kiske and you would get what I mean. Small warning to any fan who doesn't like harsh vocals in their power metal - there are parts of very impressive false chords in 'Never-ending Pain' and 'Until The End Of Time'.

On the lyrics - yep, you've guessed it, this is another concept album. Really, the name and the "opera" are pretty clear indicators. And yes, you're getting the old story about treasure hunting, wizards are involved. Since they lacked a real narrator, I hadn't really grasped the whole storyline, but that doesn't stop some of the chorus from being glorious and catchy.

In brief, a total masterpiece from the keyboard demon, Marco Garau himself. An essential and worthy substitute for any Derdian fan who is wishing for a "New Era Pt.4". A true neoclassical power metal feast. Highly recommended.

Highlights: 'Elixir Of Life', 'Keepers Of The Night', 'Fight For The Victory', 'The Secret Of The Sea', 'The Sacred Legacy', 'The Other Side'