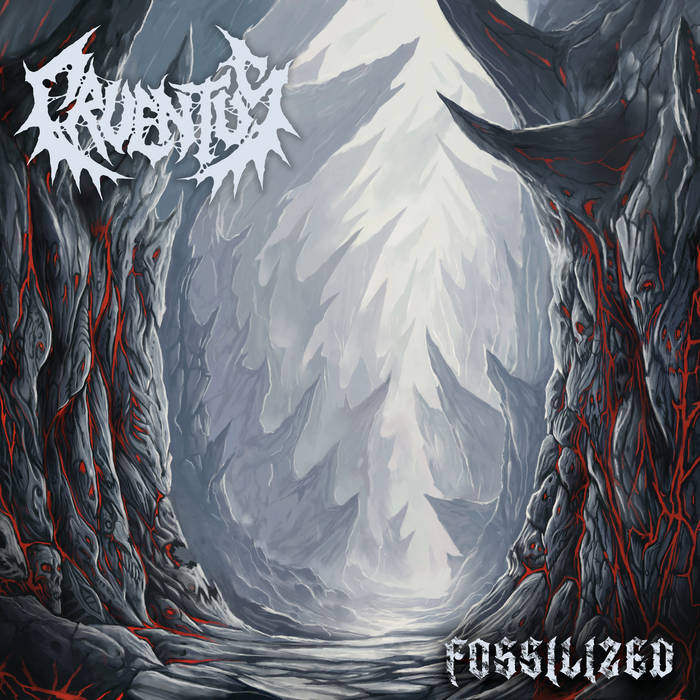 Sweden strikes back in 2022, this time sending one of their more seasoned veterans within the black/thrash genre, Cruentus. Fossilized is the name of the record the diabolic duo distributed through Kvlt And Kaos Productions July 15th 2022 that saw some of the most ferocious black/thrash released in most recent times. Absolutely spellbinding material that you'd regret not owning. Consistent, catchy, charming and crushing, Fossilized stray from the more linear path so many other bands take in black/thrash, instead Cruentus use their wealth of knowledge to reel in, and pick from other branches within extreme metal to deliver a well decorated disaster.

At first glance the audial costume is undoubtedly that of black/thrash, however ever slowly unfolding is a domain of death and doom. Vocal dynamicism, rhythmic fluctuations and deceptive sonic patterns emerge before your ears in pristine and glamor, each track is ornamented from head to toe in eloquent attire as you're hammered, sliced and devoured primitively by the claws of this decades old beast, Cruentus. Having been formed since 1998 (according to what I have read about this band), their musical expertise comes to the forefront and just cannot be mistaken for anything short of excellence. The final result is a shining example of quality over quantity as you'd be made aware, Fossilized is the band's second full length entry in their entire discography.

Take opener, an intro of sorts 'Ascending', that gives you a sort of debriefing of what's to be expected on this mission put forth by Cruentus. The aforementioned black, thrash, death, doom and forgive me for not addressing the bountiful passages of tranquil, beautiful and killer melodies laid down, follow with 'The Catalyst', 'Mot Alltets Slut' and 'The Lost Ones'; however, its more than that, its the unhindered momentum the record showcases whilst traversing so many sectors of the music composed by Bocian and Öhman almost so effortlessly, as though written centuries ago, memorized and played a million times over. The tracks featured on Fossilized are top of the line, you couldn't ask for better coming from elders within the underground, if there was a favorite off the record I'd say all are favs, but I think the true standouts here are afforded mentioned 'Mot Alltets Slut', the monstrous 'Doldrums' and a real menace of a track, the final entry, 'Primordial Reprisal'. Fossilized is worth every bit of your resources a must have for any old-head in the underground.

"and the blackest of black decorates the walls"