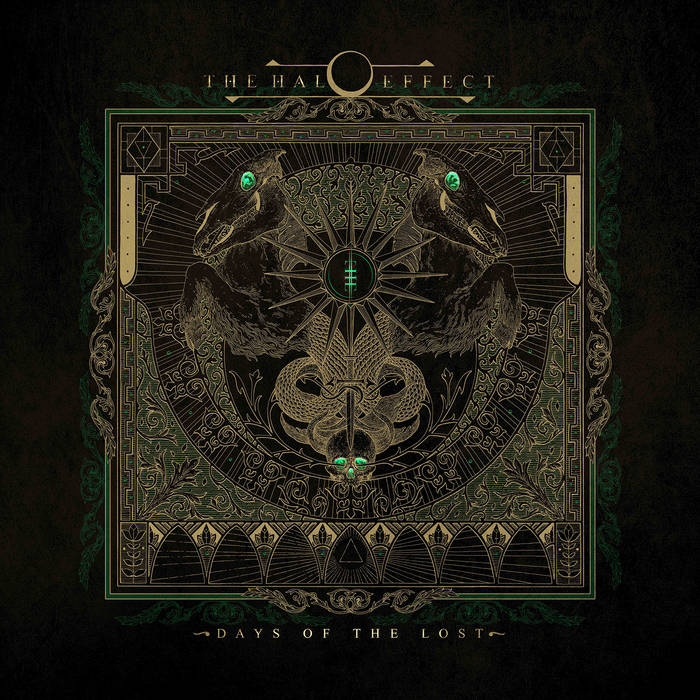 Buy on: Bandcamp
Type: Full-Length
Release Date: August 12th, 2022
Label: Nuclear Blast
Genre: Death, Melodic
1 Shadowminds
2 Days Of The Lost
3 The Needless End
4 Conditional
5 In Broken Trust
6 Gateways
7 A Truth Worth Lying For
8 Feel What I Believe
9 Last Of Our Kind
10 The Most Alone
MetalBite on YouTube
MetalBite on YouTube

What a year! As it looks like In Flames is making a statement by returning to their late 90’s and early 2000’s sound, we have yet another band to watch. The Halo Effect is basically another In Flames. To start the lineup, we have Peter Iwers on bass guitar and Niclas Engelin on guitars. Completing the job on guitars, we have the glorious return of Jesper Strömblad and on drums one of my favorite drummers of all time, Daniel Svensson. Finally, providing vocals, one of the best voices in metal, the one and only Mikael Stanne. With an all-star lineup like that, it’s safe to say this band gives us the quintessential, Gothenburg melodic death metal album. The band offers us a mix of Dark Tranquillity and In Flames sounding songs, but in a completely homogeneous way. Indeed, we get elements of both bands in every single song.

As a massive In Flames fan, I missed those familiar and full of melodies guitar leads, oh so synonymous with Jesper Strömblad. That’s why, even after one listen, I was absolutely delighted with the experience. The album starts with 'Shadowminds', which is in my opinion the best choice for the first song. It begins with a slow buildup getting progressively faster and louder until the main riff kicks off with a bang. You cannot listen to that and not headbang, it is physically impossible. The song progresses in typical Dark Tranquillity fashion, until about two minutes in, where we get the most In Flames sounding little solo ever, just to get right back to the main riff until the outro, which is a fadeout of quieter synthesizers and drums. After only one song, you get a good idea of what is to come, just bangers and no fillers! The album continues with 'Days Of The Lost', an even more traditional In Flames’ sounding song. I recognized Jesper’s guitar work in the first second of the song. It begins with a pick scrape followed immediately by a "Clayman" sounding riff. The drums also shine on this part with insanely fast footwork on the double kick. In fact, the drums are top-notch all throughout the album. I am such a fan of Daniel Svensson that I also immediately recognized his playing. I don’t know what it is, but his drumming is unique: each time he hits the drums, he does it with such force and intensity and at the same time in such a smooth manner that it gives his playing a signature sound. This is the first song I heard from this band and I have to admit, I almost shed a tear of joy because it sounds like it could have been a song on "Clayman", my favorite In Flames album of all time. 'Conditional' starts with a slower and quieter guitar melody that sounds like 90’s In Flames and then starts abruptly with another headbanging riff that makes me think like both In Flames and Dark Tranquillity. The song is really fast in the beginning, but about halfway through, they slow things down a bit and they focus more on the melody and the catchiness. 'In Broken Trust' is a bit more modern melodic death metal sounding, emphasizing more on the grooves. It’s also the first song where we hear Mikael’s clean vocals, which do an exceptional job of cutting through a bit of the aggressivity and giving place to more melodies and atmospheres.

We are now halfway through the album and I can already say it’s a masterpiece but we're not done. This part focuses on bringing a bit more diversity. The first minute of 'Gateways' is a slow buildup with Peter and Daniel giving us excellent bass lines and drum fills, until the main melody starts. And wow! It’s such an emotionally powerful chorus. The chord progression, mixed in with the backing track, makes me want to cry: it’s that beautiful! Each time that the chorus comes back in the song, it gives such a powerful emotional release. You will never get tired of hearing it. As for the solo, it sounds straight out of "Clayman". 'A Truth Worth Lying For' has a super old-school melodic death metal intro that, again, reminds me of 2000’s In Flames. It gives off a super epic feeling, making me want to take up my sword and go into battle! The rest of the song follows the traditional song structure (like almost all of the songs, in fact) with again super traditional, yet fresh sounding, melodic death metal verses, chorus and bridges. Plus, Mikael uses his beautiful clean vocals for the second and the last time on the album. The outro is what caught my attention the most. It’s a beautiful, quieter guitar picking that makes me think of "The Jester Race". 'Feel What I Believe' is another song that could have been on "Clayman" and that bridge, oh my God, I headbanged so hard that my neck was sore. The intro of 'Last Of Our Kind' is a 45 seconds classical strings arrangement. It’s a cool contrast with the rest of the song which is a lot heavier. There is even a breakdown-ish part just before we have guest vocals from Matt Heafy of Trivium. His vocals fit perfectly with the whole vibe of the song. If they continue this project (which I strongly hope so), it would be cool if they experiment with other guest vocalists from other sub genres of metal. Closing this album is 'The Most Alone', an epic, atmospheric and emotional sounding song. The outro is a longer and quieter fadeout which closes this album perfectly.

Lyrically the album is also super interesting; it mainly deals with inner struggles. I don’t think Days Of The Lost is a concept album per say, but there is definitely a recurrent theme throughout. It explores the effect that sometimes seemingly minor events in the past have a big impact on the present, whether it's trauma, grief or simply a choice we made in the past. “Let the now begin today, To the past a swift farewell, Innocence is nothing”. It gives strong chaos theory vibes! “What in our lives, Brought us to this point, This new direction, That shifts and turns forevermore”. It has extremely thoughtful themes: really worth taking the time to read the lyrics.

In conclusion, I think it’s fair to say this is not the most biased review, since 2000 era In Flames and Dark Tranquillity is one of my favourite kind of melodic death metal, well, one of my favourite kind of music period. The Halo Effect are masters at making interesting and beautiful melodies. It brought me back to my late teenage years, discovering In Flames and Dark Tranquillity with their album "Colony", "Clayman" or "Damage Done". This album is the perfect melodic death metal. I cannot find it any flaws! Absolutely worth checking out!