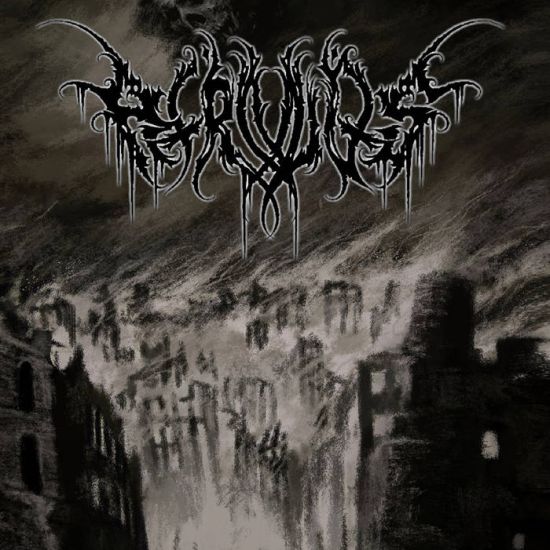 Prologue: This will be a pretty short review.
Review: The incest never stops. Purity Through Fire release the debut of Atronos, another black metal project from Germany with German lyrics. If you like Mavorim, Meuchelmord or Eisenkult, you will also like Atronos.

Epilogue: the review was not informative enough? I don't think so, but okay… Atronos are another band that combines morbid melodies with ferocious sections. Every now and then the harmonies seem to present an almost happy touch (for example in 'Dein Zauber', but this fallacy is always quickly swept aside. Especially those who understand the German texts will immediately realize that the agenda of Atronos has no place for any form of joy. You guessed it, the lyrics deal with death, perversity and cruelty. The vocals commute between clear singing and mean nagging and sometimes they cannot hide a cynical undertone.

The promo sheet is talking about earworming songwriting and as always, a braggart wrote that. Yes, I admit that some of the melodic sections have a catchy base color, but the album is far away from conquering your mind in a matter of minutes. Nevertheless, it is commendable that Atronos still manages to accommodate a certain amount of melody even when the wild ride gets going. This approach results in remarkable songs like the partly very intensive opener 'Mit Speeren Und Harpunen' or the merciless 'Feuer Und Stahl'. If all the aforementioned bands didn't already exist, Atronos' style would even be relatively innovative. But life does not take place in the subjunctive. Given this fact, even the production lies in close proximity to those of the big brothers.

Either way, is this really a problem? The album has a pretty clean yet powerful mix. It is well-balanced and gives the right frame for this kind of black metal. I also do not think about suicide in view of the fact that Atronos surf on the stylistic wave of other bands as long as they do it competently. And they do it at least for 37 minutes, in other words: during the entire album. Fehde ("Feud") does not suffer from occasional failures; all songs add value, only 'Nicht Auf Dieser Welt' has to struggle in order to reach the quality level of the remaining material. However, it is still a solid number and it does not hurt the album's monolithic appearance. Thus, if you like a pure metallic form of Eisregen, maybe Fehde with its sinister artwork will be a good investment for you. But be aware of the fact that 50% of the album has already been released as a split with (surprise, surprise) Eisenkult. Maybe Purity Through Fire can explain this publication policy at an appropriate time?