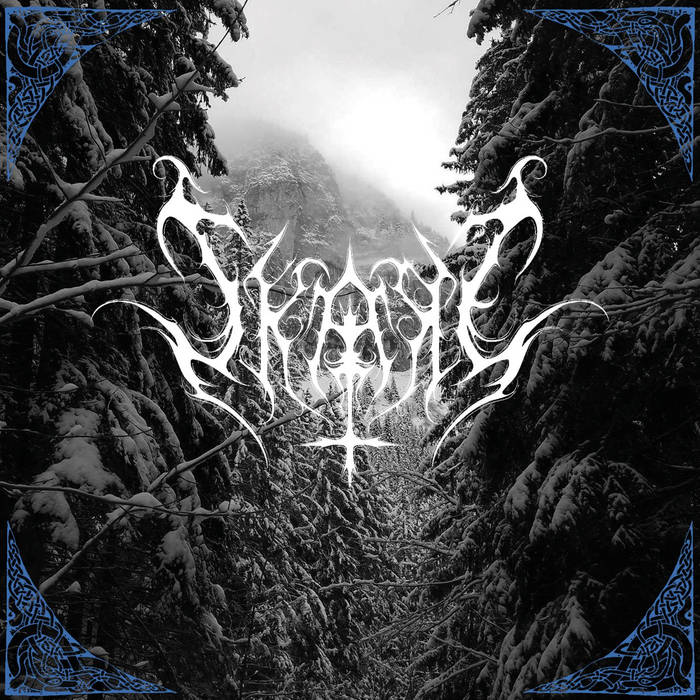 Out of absolutely nowhere (well, Australia actually), comes Skare’s startling self-titled debut, which is a strong challenger to Pestilent Hex’s own first assault as this listener’s black metal album of the year. If the underground has most frequently been championing either scratchy primitivism and dissonant churn in recent years, it appears that the worm is starting to turn, as bands such as Stormkeep and now Skare are rediscovering the ability to add a dash of triumphant melody to their otherwise coruscating torrent of blastbeats and tremolo riffs. While there is little information relating to Skare available online, the smart gambler would be confident in keeping their money were they to place a bet on the fact that the band’s members grew up on a strict diet of Satyricon, Emperor, Dawn and Obtained Enslavement, and it is a genuine thrill to hear another band running with the adventurous spirit of the 90s legends, without too closely aping any single one of them.

Although not quite as extravagantly symphonic as the last of the above list, Skare’s sound is nonetheless heavily reliant on the windswept synths that carry stirring melodies above the raging fury of the waves of minor key riffage. At times, the folky feel of the melodies is redolent of Moonsorrow at their most aggressive, at other times the melancholy nature of the note choices recalls Burzum, such as on the excellent ‘A Sordid Ceremony’. Such comparisons though are mere reference points on a map that unfolds through numerous twists and turns, and at all times, there is a clear and consistent thread that the listener can follow which ensures that Skare’s tracks feel like cohesive parts of a whole, rather than an unwieldy collection of influences and inspirations.

A relatively short album, albeit containing five quite lengthy tracks, the lodestone and highlight of an enchanting piece of work is the majestic ‘Beyond The Church Spires’, which eventually unleashes incandescent and fleet-fingered melodic brilliance following an unexpected death-doom section, which adds some guttural death metal vocals to the more conventional shrieks that comprise the majority of the album’s vocals. As the neo-classical pianos fill out an already dense mix to raise the welcome spectre of early Cradle Of Filth, this listener is lost in the kind of reverie and nostalgic haze that usually only a visit to the sub-genres early classics is able to evoke. Skare’s sound is vast, expansive and bursting with enough memorable flourishes and filigrees to suggest that this is a band that are only just beginning to discover the extent of their unlimited capability. The impression is further reinforced by the dynamic ‘Into Icy Pewter Sky’, which showcases the band’s songwriting ability by combining thunderous counterpoint lead guitar tremolos, rousing clean vocals and a delicate acoustic outro in a way that sounds entirely natural and fluid, a description that can in fact be applied to the entire record.

Skare’s debut is an absolutely enthralling piece of work that perfectly balances ferocity and melodic flair in a way that should ensure its longevity for some time to come.