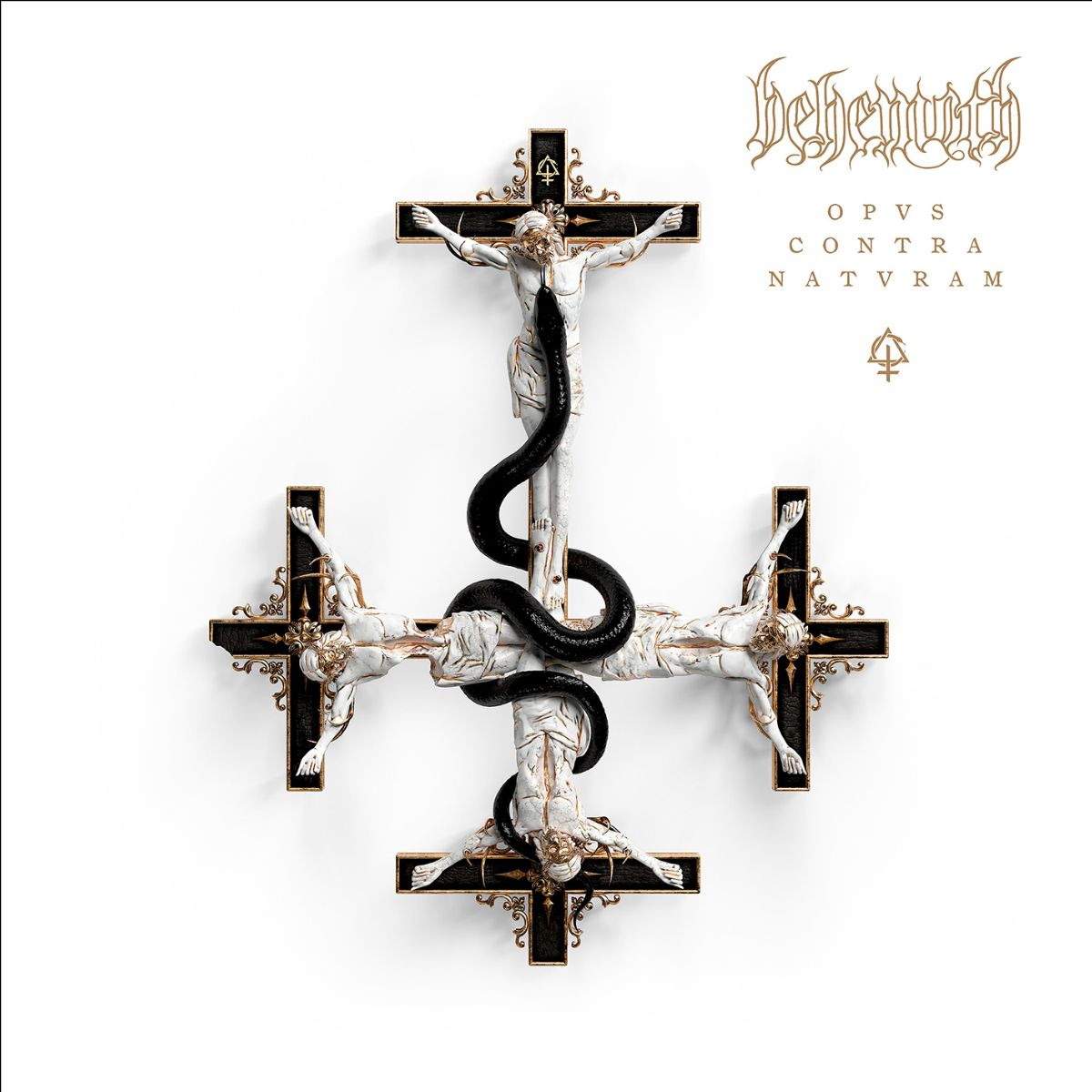 Behemoth is a band that has been on the rise for the past decade. Indeed, some would say that they managed to reach a public consciousness comparable to Cannibal Corpse, Mayhem or Death. Many will attribute this explosion in popularity to their tenth album The Satanist released in 2014, judged by many rock and metal media as one of the best metal albums of the decade, appearing at number 1 in Loudwire and Consequence of Sound magazine, number 4 in metal-archives.com, number 9 in Revolver magazine and number 10 in Louder Sound magazine. Others will attribute the Polish band's rise in popularity to the increased presence of singer, guitarist and front man, Nergal, in the world of social networking. Either way, Behemoth is a band that has gained immense notoriety and therefore, judging the release of a twelfth album without comparing it to The Satanist is a challenge. However, before starting the review itself it is important to contextualize Opvs Contra Natvram.

Behemoth, formed in 1992, has known only two phases throughout their discography. The first of them, covering from 1992 to 1997, can be described as Norwegian-style black metal. It is from their third album, Pandemonic Incantations, released in 1998 that Behemoth innovated and created a style mixing death metal and black metal, thus marking the beginning of their second phase. Each album from 1998 to 2015 were highly praised by critics and cemented this new style of black/death metal. However, their eleventh album, I Loved You At Your Darkest, was heavily criticized and was considered by many as Behemoth’s first mediocre album. It is thus following this highly criticized album that Opvs Contra Natvram was released.

The new opus of Behemoth relies more on a symphonic aspect of their music than the first albums of their black/death metal phase. Indeed, the addition of congregation-like choirs in the songs 'The Deatless Sun', 'Vervs Christvs' and 'Thy Becoming Eternal' amplify the satanic atmosphere of the Polish band. Of course, the use of this type of singing reminds us of the last composition on the album 'The Satanist', 'O Father O Satan O Sun'. Although other pieces such as 'Neo-Spartacvs' and 'Disinheritance' did not include a choral, the presence of keyboards during these compositions gives the album a feeling of grandiosity. Thus, through its five compositions, we see a desire for Behemoth to recapture the sound perfected during their 2014 album.

Although this album is obviously presented as the logical continuation of The Satanist, there are still some elements, inspired by the heavy metal style that can be rather associated with I Loved You At Your Darkest. The compositions 'Once Upon A Pale Horse', 'Off To War!' and 'Thy Becoming Eternal' are the most repetitive and predictable pieces of the album. However, we can find all the characteristic power of the death/black metal popularized by Behemoth.

Finally, in terms of influences, black metal is always present, although it is more often intertwined with death metal. The song 'Malaria Vvgata' is certainly the composition that is closer to the music popularized by the Norwegians in the early 90s.

All in all, Opvs Contra Natvram is certainly a return to death/black metal reminiscent of The Satanist, but some elements related to heavy metal of the type found in I Loved You At Your Darkest are still present. For any fan of black/death metal, this is an interesting album, but for those who are looking for a sound that pushes the limits established in 2014 with The Satanist, they will be disappointed. What is certain is that Behemoth are on a more promising path following Opvs Contra Natvram than they were after their 2018 album.

Originally written in French for metalalliancemag.ch

Ah yes, Behemoth are back again for album no. 12 Opvs Contra Natvram. Ever since 2018's I Loved You At Your Darkest, Behemoth has become one of those bands that a lot of metalheads decided it was ok to hate, mostly because of Nergal being Nergal on social media but that's besides the point. So, in regards to this new album, is the "Metallica of black metal" truly a husk of its former self, or does the band still manage to reinvent itself as Nergal often claims he actively strives for?

Well, one thing that's apparent from the get go after the opening track 'Post-God Nirvana' is that the Behemoth are returning to the pure aggression of Evangelion and keeping the grandiosity of The Satanist, while still trying different things, albeit on a much reduced scale than their oft maligned 2018 record. Tracks like 'Malaria Vulgata', 'The Deathless Sun', 'Neo-Spartacus', 'Disinheritance' and 'Thy Becoming Eternal' are the most blackened death metal songs the band has wrote since 2014, and even 2007 if you ask their biggest detractors. On the bright side this shows how the band are still capable of making pure, uncut metal with no bullshit, but on the flipside it also does justify the biggest criticisms ILYAYD got, which how the band have already peaked and can't do anything else or really new. Fortunately, the band still have some tricks up their sleeves with the rest of the songs. The singles 'Ov My Herculean Exile' and 'Off to War!' display how the band continue to master the combination of atmosphere and melody they had in 2014, and are further strengthened by the pivot into pure metal the aforementioned tracks displayed.

Furthermore, despite focusing more on metal and aggression overall, the whole album plays off like a sampler of the best qualities of the band since 2007's The Apostasy, with a good balance of brutality, atmosphere and more symphonic elements to make the album dynamic and eclectic. And at the same time, the band do manage to embrace new elements, continuing with their off-kilter experimentation, and in my opinion the best tracks of the record 'Once Upon A Pale Horse' and the closer 'Versus Christus' which are the biggest curveballs, the former with prog-like riffing melodies and the latter with minimalist and sparse, piano driven death march and Nergal bringing crooning to the mix and just keeps building momentum until bursts of pure metal. All in all, this is easily the band's most eclectic album, with curveball after curveball in a consistent and well paced presentation.

However, and this is starting to become a trend with Behemoth there's two major issues. The first and big one is that the band while capable of manifesting good ideas after 30 years, they're still drawing from The Satanist well, to the point where its sorta becoming a crutch (which in itself wouldn't be a problem if the band's sound and presentation wasn't so uniform with that single record) and the other lesser issue is how the band seems to cap themselves from doing more. They present interesting ideas and deviations, they manage to make them work with past convention which does work well, but they stop before breaking an actual threshold, in this case, they either realized that they won't ever be able to do an album like The Satanist, or purposefully avoid wanting to break away from what people have told them to their face is "the greatest extreme metal album of the past decade".

Overall, while this is a good record I can easily recommend, I do start to understand the frustration many have with Behemoth, at least musically. They are capable of doing more, but don't take that one extra step, and after a dozen albums, its possible they won't take that step, or feel like they don't have to, which is a bit of a disappointment in the present that can snowball into bigger issues into the future. I hope I'm wrong, but only time will tell.

Best tracks: 'The Deathless Sun', 'Neo-Spartacus', 'Once Upon A Pale Horse', 'Versus Christus'