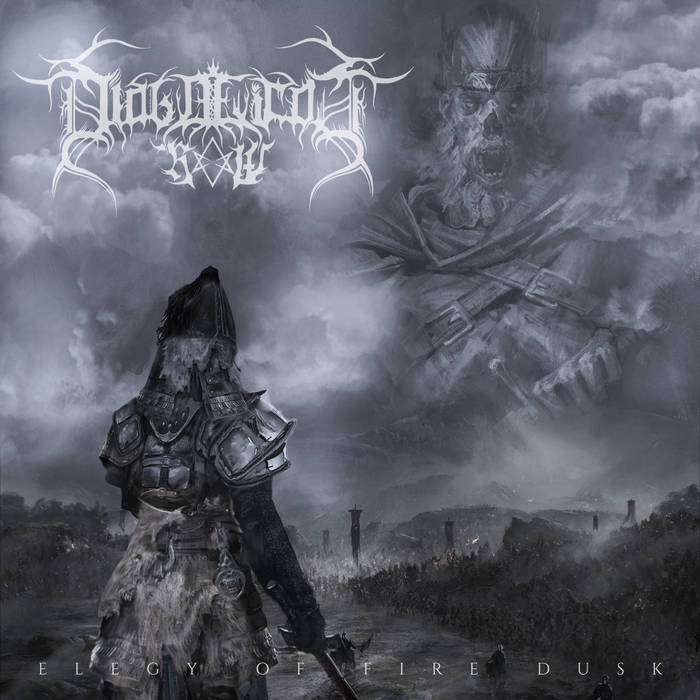 Although it is still considered underground, the Turkish extreme metal scene has experienced a real effervescence in the last few years, despite the rather conservative and authoritarian posture of the Erdogan government. Indeed, it is enough to observe the volume of albums, singles or demos produced in the last two years to notice that there is currently a craze in the extreme music scene in Turkey. This phenomenon can also be observed by the quality of the recently released black metal albums, Godslaying Hellblast, Hellsodomy, Akrunant and Seed Of Cain are all examples. It is thus in the context of a rediscovery of extreme metal in Turkey that Diabolical Raw releases their second album under the label Base Record Production, Elegy Of Fire Dusk.

This second opus of Diabolical Raw is an interpretation of the extreme symphonic metal style first popularized by Dimmu Borgir. Indeed, it is undeniable that the Turkish band is greatly influenced by this Norwegian band. The use of grandiose orchestration, the guttural Khoomei type vocals (also known as Mongolian throat singing) or the trigger drumming could certainly lead the listener to see Elegy Of Fire Dusk as a continuation of "Puritanical Euphoric Misanthropia". Thus, considering that Diabolical Raw attempts to perfect the style popularized by Dimmu Borgir, Elegy Of Fire Dusk can be considered a good attempt.

On the vocal side, Ozan Erkmen uses a type of singing reminiscent of Shagrath from Dimmu Borgir and Heljarmardr from Dark Funeral. In some compositions, like the second song 'Commands Of The Gods', it is also possible to distinguish a vocal of a rather industrial type reminiscent of the popular composition "Puritania" of the band Dimmu Borgir.

In this album of 1h17, we find compositions worthy of the big leagues such as 'Tilgen's Fall', 'Face The Judgement' and 'Commands Of The Gods'. On the other hand, Elegy Of Fire Dusk also contains several rather inferior and forgettable compositions which makes the listening of the album a little more difficult than it should be. All in all, Elegy Of Fire Dusk is a much more mature album and a step in the right direction for this Turkish band.