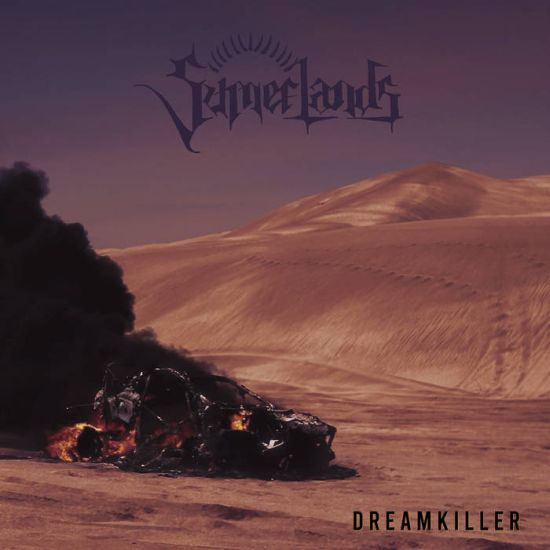 Sometimes I like to imagine a world like Marvel’s “what if?”. In this specific thread of the multiverse the world would riot if Ozzy released this instead of “Patient No.9”. I’m talking about looting and pillaging just to sacrifice our earthly possessions to thank the Gods that blessed us with such a masterpiece.

Six years after their impressive debut, Sumerlands return with a robust statement. With three out of five members also playing together in Eternal Champion, Justin DeTore still smashing the drumkit and the new addition of Brendan Radigan (of Pagan Altar/Magic Circle fame), the band presents a surprisingly nostalgic but FRESH take on the 80s formula.

Here you will find tons of small nods to Dokken, Malmsteen, Stan Bush and mostly the man himself, as Dreamkiller could well be an Ozzy-in-his-prime album, both due to the parallels between the double O / Brendan’s voices and the Jake E. Lee / Randy Rhoads approach to the guitars. But none of this would really matter without good songs. Thankfully, the songwriting is the star here and mainman Arthur Risk has come along cementing his presence in today’s heavy metal, both with his songwriting skills and of course with the personal approach to his mixes.

The guitar work is really excellent with a refreshing take on riff-oriented heavy metal, filled with fantastic melodies and solos. The subtle (or not) use of keyboards amplifies the nostalgia factor up to 11 and along with the fantastic rhythm section – which is as “analog” as one can get these days- make for a very familiar sound that manages to take you back to the best days of your teenage life.

Just listen to the anthemic 'Force Of A Storm' and tell me it doesn’t bring you back to a montage training in Bloodsport or a flight sequence in Top Gun – hell, even Cobra Kai could make great use of it now that Netflix is big on getting heavy metal bands on their 80s inspired series. There is no bad song here, but if I had to pick some indicative songs apart from the aforementioned, then I’d suggest the crushing opener 'Twilight Points The Way' and the somber closer 'Death To Mercy' which features what has to be a short tribute to the late Bill Tsamis of Warlord.

Where’s the catch you might ask? My only gripe again with Arthur’s escapades is that like his work with Eternal Champion, the album is fairly short but it's so well crafted and addictive that I won’t let it spoil my perfect scoring. This is beautiful, so please don’t make us wait another 6 years.