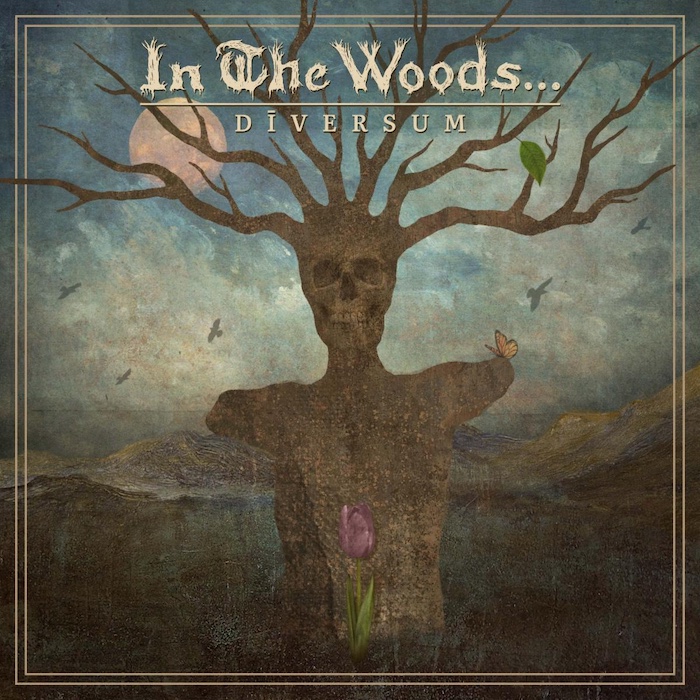 One thing in advance – In The Woods... 2022 cannot be compared with the band in its early years. Too many tragedies and line-up changes have happened in all these years and if you know the last albums Pure and Cease The Day that the Norwegians released after their reunion in 2014, you know what will come. And again an important line-up change happened last year – their former vocalist James Fogarty quit the job at 21 and now they found an adequate replacement with Bernt Fjellestad. So what does this mean for the new album Diversum?

First of all the songs are much more epic and comprehensible – I would even say in some cases more dramatic than on the previous albums. The guitar work is much more focused on some classic metal riffs and the black metal influences (if you ever had call it that way) are almost reduced to zero. The drumming is well-timed and the drums sound very punchy and full and Bernts vocals sound a little bit more sonorous than James' vocals did. He sings much calmer and more exalted and this gives the songs a very demanding touch, apart from that I would say that he has a very wider range in his voice from death metal-like to high-pitched screams. The eight songs create a very calm and thoughtful atmosphere and Diversum is a very good album to relax and come down. I said that the black metal parts are ALMOST reduced to zero, right? Of course they don't play some fabric softened metal, it is still quite heavy and in some parts they do have some black-deathish outbursts.

'We Sinful Converge' is a very good example of this. Wonderful melodies are paired with great calm vocals and suddenly we find some black metal screams when you don't expect it. This makes the song a fantastic one with very interesting opposites that match together very well. 'The Malevolent God' which is the second single that was released from the album starts pretty old-school with some dramatic blackish riffs and raises the tension during the first minute just to turn into a rousing track with many twists and turns and some very interesting (death metal) vocals. This is one of the tracks that is for sure a finger pointing to the past of the band. Another highlight of the album is 'A Wonderful Crisis'. Starting with a sample from "The Axis Of Evil" speech by Ronald Reagan and some calm and threatening guitar tunes the song becomes a very thoughtful song with a fantastic vocal-line, driving guitars and a powerful drumming but nevertheless the track creates a somewhat positive atmosphere. The album closes with 'Your Dark' where the band uses some keyboards which match perfectly into this very sad song. In some parts the song almost tends to be a little bit too kitschy but then…..well, I guess you have to listen to it on your own.

Well, I guess that In The Woods... did all right with that album. I had a little doubt when I've heard about the line-up change and I wondered in which direction they would go but when the opportunity arrived to sweeten my summer vacation with the new album (thanks again Kåre!) I listened and I was very much relieved about all that changed. There aren't too many points of criticism I could bring – maybe some faster parts would have been cool but on the other hand it would have destroyed the almost meditative aspect of Diversum. Well done, guys!