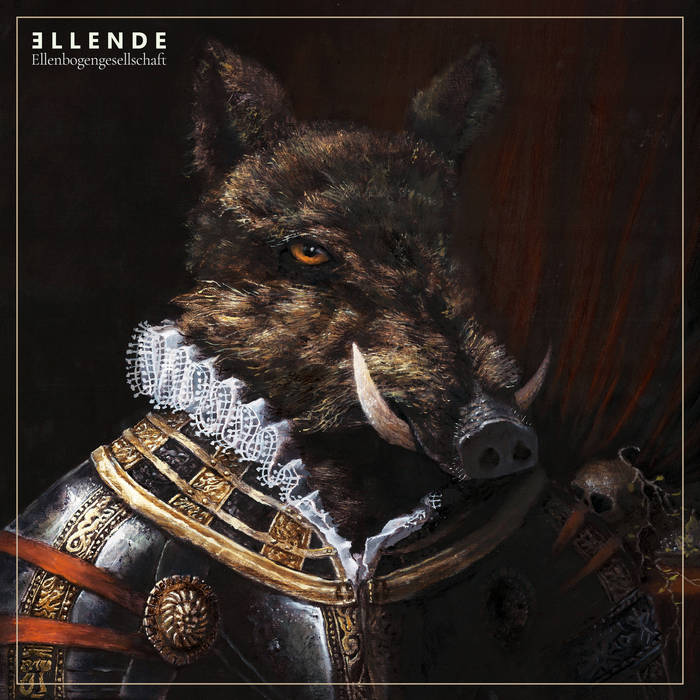 Post-black metal, which took shape in the early 2000s and exploded in popularity since the advent of Deafheaven's "Sunbather", has had time to evolve and take different forms. Ellende, a solo project of Lukas Gosch, is one of those bands that has been able to adapt the post-black style to a more melodic and DSBM-like avenue. Indeed, Ellende is already at their fourth full length with Ellenbogengesellschaft, an album having been entirely recorded, produced, illustrated and interpreted by Lukas himself. Indeed, as far as the instruments are concerned, only the drums were not played by Lukas, for which we have to thank the drummer of Karg and Harakiri For The Sky, Paul Färber. This working method has been so since the release of the second album, Todbringer in 2016, which was very well received by fans of atmospheric black metal with a melancholic flavor. So, how does Ellende's new opus compare to an album as prized as Todbringer?

Todbringer was particularly well received in 2016 for its ability to reuse the same melody in various ways throughout their album without being considered repetitive. Although this is not quite the case for Ellenbogengesellschaf, Ellende still plays in the same scales, once again focusing on melancholy and sadness. Unlike their last albums, Lukas has decided to include choirs in each of the compositions, giving a much more dramatic approach. Unlike many modern compositions, the choirs do not add to the grandiosity of the compositions, but rather add a funeral and rather spiritual dimension. The second song of the album, 'Unsterblich', is a good example where the choir sounds more like Gregorian chants than a metal music piece.

Beyond the symphonic experimentation, Ellende has managed to keep the atmosphere present in the last albums and the melodies just as depressive. On the other hand, in this album, Lukas has decided to remain rather conservative in his vocals and does not express as much panic and despair as he did on Todbringer with the use of typical DSBM shrill screams. Rather than experimenting with his vocals, Lukas instead invited V. Wahntraum from Harakiri For The Sky and Karg for the piece 'Ruhelos'. This song takes advantage of the two styles of vocals used, V. Wahntraum being more associated with hardcore while Lukas is more black metal.

All in all, Ellenbogengesellschaf fits well in Ellende's discography and shows a good level of experimentation while remaining coherent and recognizable. It is a good step forward from their last album Lebensnehmer but does not reach the same level as Todbringer. This is a strong recommendation for any modern black metal fan.