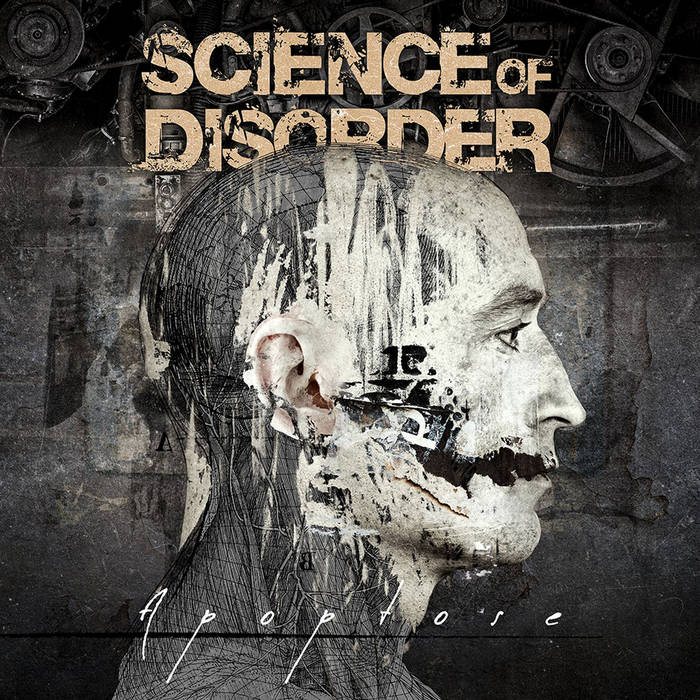 Science Of Disorder is one of those bands where it's quite difficult to describe their style. It obviously falls into a category of death metal (the Swedish school) mixed with metalcore, but it's got its punky bits, thrash and probably few more other subgenres which appear here and there in verses and choruses. First of all, I like that the band managed to keep their sound and my ears almost immediately recognised their specific style, the dry guitars, catchy riffs, solos and Jérôme's mix of singing/talking/screaming vocals. The interesting thing is the new drummer (Theo) and bassist (Greg Whooper) managed to fit in with the style perfectly. The drumwork, especially the drum bass following the rhythm of riffs, is perfect and makes each track an earworm after a few listens. Greg also is using distorted bass which adds that unique heaviness to each melody line.

Considering that this is mostly heavy material, it is still as catchy as Private Hell (if you haven't heard it, you should), which made me sigh with relief when the promotional video for 'Rabid Dog' was released, as some bands decide to shift towards different subgenres and styles, which is not always a good choice (at least for my ears). The catchiness is here, precise riffs, melodic chords and solos and chorus which makes you hum along. 'Hear Us' is definitely proper headbanging stuff or moshpit starter. 'Des Rêves Noirs' has that melodic passage towards the end of the song which reminds us how Swedish death metal is a big element of this style, love it. And this album has quite a heavy track 'Grind Me' with Julien from Benighted, which is an impressive display of the band's more extreme side with very good blast beats.

The production has some new elements to it, some effects added either at the end of the song or just before some catchy solos, but generally you can hear the same mastering done by Drop from Downtone Studios. All of this put together is a perfect match for lyrics, as on previous albums touching quite strong emotions, expressed very well by Jérôme's wide variety of vocals. And it's worth noting that the album cover was done by Seth from Septicflesh.

To sum things up - the band has kept their style and developed it in the direction which pleases my ears a lot. It's got all the good elements heard on Private Hell and enhanced them to make it even more impressive. It was definitely worth it to wait 4 years for this release and listen to it on repeat now.