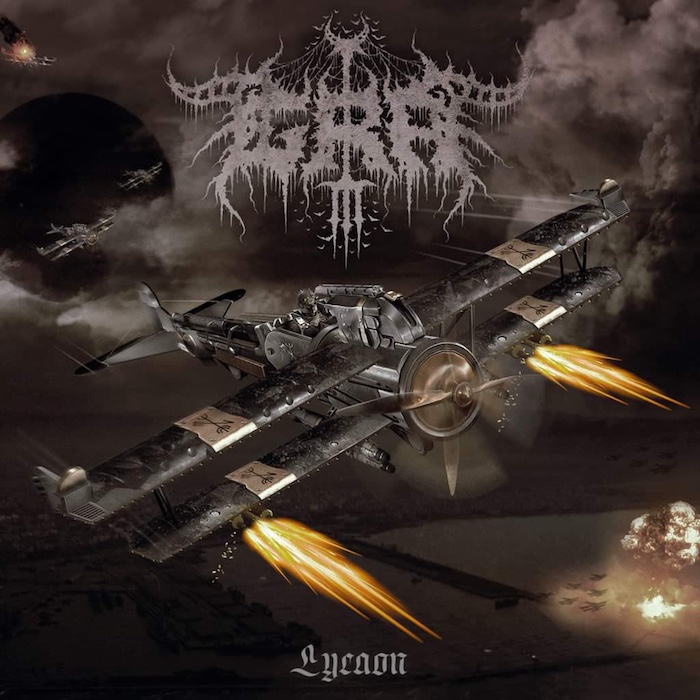 The year 2023 is still young and fresh with many metal releases being forged in the studio or waiting for their time to rise. Among those releases that decided to start off this year is Grá’s new album Lycaon, pre-released on Black Metal Promotion’s YouTube channel on January 6th, a week before its initial release date on January 13th via the label Avantgarde Music. Although I haven’t been really following Grá actively since I heard about them, I decided to take a look at this one and see what they prepared. Heljarmadr has been quite busy with all that hype surrounding Dark Funeral’s new album "We Are The Apocalypse", so it’s quite a surprise that he managed to squeeze in another musical release with his contribution. Has the year of our lord 2023 started off well with Lycaon?

The album is mostly consisted of slow and epic heavy metal-like riffs with occasional tremolo picking, breakdowns, melodies, Heljarmadr’s harsh singing vocals and mid-tempo drums with double-bass drumming ('Flame Of Hephaestus', 'Lycaon') and some thrash metal drumming ('Lycaon'). There are a few tracks that stand out a bit, such as the seventh track 'Brännmärkt' which has some sort of doom metal vibe to its slow pace rhythm. The final track 'Jaws Of The Underworld' with a drum solo which goes on for the first 2 minutes before guitars and keyboards join in with a military marching fashion, and the fifth track which is the cover of Bathory’s 'Chariots Of Fire' with a more modern musical approach when compared to the original. Some of the highlights from this album would be the sound production which is quite grandiose. Heljarmadr’s vocals which are the probably the most dominating factor of this album and Grá’s music in general, and the second track 'Flame Of Hephaestus' which has a moment of catchy mid-tempo riffing and drumming that reminds me a bit of Darkthrone’s song “Earth’s Last Picture”. As for my overall impression, I still don’t know what to make of it. There isn’t that much to be found on this album other than a few catchy moments on songs such as 'White City Devil', 'Flame Of Hephaestus', 'Torn Asunder' and 'Ett Avskedsbrev', although with the exception of 'Chariots Of Fire' being the only cover track. Most of the songs are done in such a similar fashion that there isn’t anything stellar that stands out from this album other than the fact that it’s well produced and that’s it really. The good thing about Lycaon is that the songs aren’t too long or too repetitive which would have made this entire album a total misfire.

Although I didn’t like this album as much as I wanted to, I think that there is still some quality to it which deserves appreciation that might attract your attention. What people like me desire or seek in black metal albums, Grá’s new album Lycaon doesn’t really possess any of those traits other than a few honorable instances of catchiness that managed to captivate to a certain degree. I’d advise you to approach this album with very low expectations if you’re really eager to hear it, maybe you will be more successful in finding its strongest points which I failed to notice.