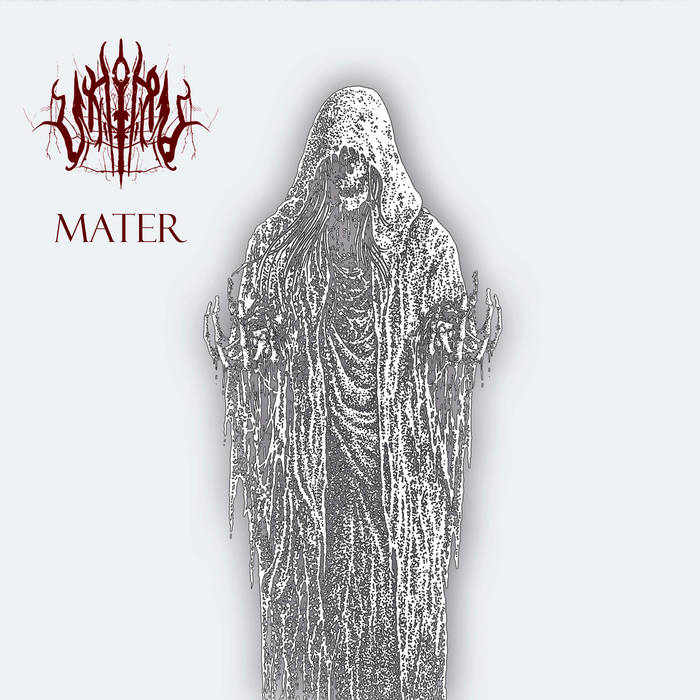 From the eldritch depths of Copiapó, Chile, comes a vile deformity of death/black/doom metal by the name of Umbra. Originally started as Coprófago in 2014, but changed its name to avoid confusion with another Chilean band with the same name, while also changing its musical direction. On December 2nd 2022, Umbra released its debut full-length album Mater via the label Tragedy Productions, with various guest musicians involved in this project to contribute with their vocal duties. Let’s see what this death-worshipping project of doom managed to materialize, shall we?

As a “Mater” of fact, the album is consisted of aggressive death-thrashing riffs, melodies open string riffs as well, deep guttural growls and harsh back vocals, drums that vary between blast beats, double-bass and slow mid-tempo drumming. On tracks from 'Worthlessness Wilts' to 'Let Us…', songs take a slower death/doom metal approach that builds tension and atmosphere of horror, with a brief appearance of female vocals on 'Mother Of All that Was', before continuing to rip and tear with blast beats and death metal on the final track 'Self-flagellation Ritual'. There are also some clean singing vocals on tracks 'Mother Of All That Was' and 'Epiphany' that appear on the last half of the songs, but they sound kind of dull on 'Epiphany' and it just doesn’t work on the song’s outro. Lyrics are of anti-religious nature that mostly express impending doom with themes of death worship here and there, which I think fits quite well with this style of music. The album’s overall execution is solid with its sound production and death/doom metal songwriting that gives a generally unpleasant feeling of a diabolical and rotting atmosphere.

Mater is but a debut album and probably a glimpse of something greater that is to come with the future of Umbra. It offers dread and horror in its diabolical riffs, guttural growls and death—ripping blast beats, that will surely give you some satisfaction. Overall, I find Mater as a solid album that I think is suitable for fans of doomy death/black metal with themes of anti-religion and death worship. It may not be much, but it’s honest work nonetheless.