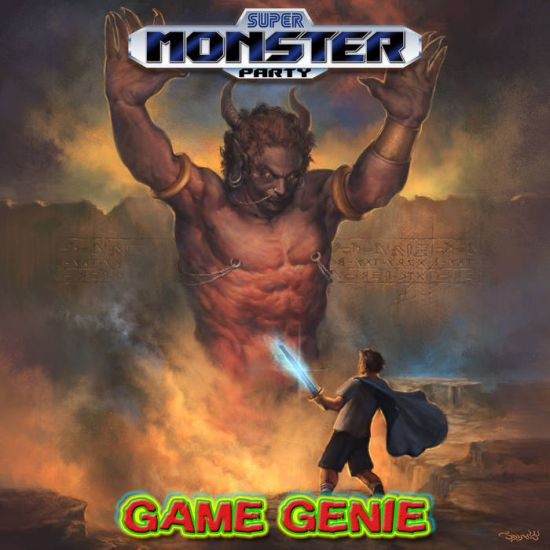 Are you old enough to remember the good old days of video games? Have you ever experienced a childhood of Sega Genesis and played classics such as Altered Beast, Golden Axe, Shinobi, Sonic, Streets of Rage, Vectorman, Earthworm Jim etc.? Have you been there to see the evolution of video games in graphics, consoles and in culture? If not, I truly feel sorry for you pal, because video games and metal music made the world a better place. If you were to tell me that there is an actual metal band out there that creates concept albums based on oldschool and modern video games they played and make actual songs about them, I would totally think you were joking. Believe it or not, one of those bands actually exists, and their name is Super Monster Party! So far, they have released four albums, with most of their albums being metal except their last album Up Up Down Die! (16-bit Remix Expansion Pack) which is the only album with 16-bit music of classic titles. The topic of today’s review is their third album Game Genie, which is the 3rd album from their Permadeath saga. Are you ready to finally press “PLAY”, take on this journey and face the danger that stands before you traveler? Ready, set, go!

Super Monster Party specializes in various ideas of metal combined with electronic music, but it’s mostly elements of progressive power metal consisted of epic riffs, neoclassical solos and keyboards, drums that switch between breakdowns, double-bass and fast thrash metal drumming, clean singing vocals with some screams and death metal growls as well. Besides metal, Game Genie has funny narrative interludes with voice acting, sound effects and “video game music” that serve as “cutscenes” on this album, with each song hopping from one game story to another. You will come across lyrics about Bioshock, Legend of Zelda, God of War, Dead Space, Witcher, Metal Gear Solid, Destroy All Humans and some movie references as well, all of which may please the gamer inside you. Apart from the interludes, every metal track has its own unique songwriting which separates them from each other, both in concept and in style. Although the real treat is their music and the video game lyrical themes, the other highlights would be the genius narrations, the epic sound production, and the uniqueness of each song. Some of the strongest tracks would definitely be 'Cursed Be The Witcher', 'Destroy All Humans' and 'Combo Breaker', which definitely kick the most ass on this album.

Although it’s more likely to come across YouTubers that make metal songs based on video games, it is awesome to see that there is an actual band having fun, jumping from one game franchise to another with creative and goofy ideas. Although this may not be for everybody, especially not if you’re just here for the metal and not for the games, but in case you are a gaming soul with a love for metal, I think that you might actually like Super Monster Party and their music. It’s quite a refreshing take on metal music and probably a very unusual form of entertainment, but nonetheless I do have a hunch that this story is far from over, and that it will last with its “worthiest of heroes” and their loyal ever-growing fanbase. I had fun with this one and I am sure you will too, unless you were chicken and decided to press “Exit Game” mid listening or never even pressed “PLAY”. Check out Super Monster Party!