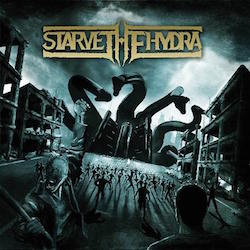 Over the past years, depressive black metal has been, perhaps, the sub-genre inside the black metal world which has given us most bands, and though the purists had not used this irritating term called “hipster” as they use with post-black metal bands, in the end it's more or less the same. We have dozens of bands that shamelessly copy between themselves and show an enormous lack of inspiration. Fortunately, as it has happened in other genres, some great bands have raised between these waves of mediocrity, the Italians Forgotten Tomb, perhaps being the best one. While most of the bands try to emulate the atmosphere of desperation and hopelessness of albums like "Filosofem" (as you all know recorded by Burzum), others have been influenced by more dynamic bands like Katatonia or Dolorian. Forgotten Tomb is clearly in this second tendency that has permitted this band to release albums with a distinctive and excellent taste for guitar melodies and varied songs. I have always considered their second album, Springtime Depression, as the unbeatable and unquestionable epitome of the genre; no other album can evoke this overwhelming sense of hopelessness and despair, being a prolonged scream of agony and death. But today I have decided to review another album of these geniuses. The work is called Negative Megalomania, an album that shows us a different approach in the career of these Italians.

Negative Megalomania clearly differs from the previous works in a few aspects. Firstly, if you compare this work to their previously mentioned masterpiece, you will see that it’s not so intensely depressing, though the feeling of sadness is still there. Other differences to remark on is the partial departure from the traditional mid-tempo black metal. Ok, they still are a bm band, but the doom-ish side of the band has taken the lead on this occasion and the guitar melodies are more oriented to this style. And finally, the vocals. Not the raspy vocals themselves that more or less continue to sound in the same (though they are less raspy than in their early years), but the remarkable use of clean vocals that has convinced some fans and profoundly annoyed other ones; in this case I am part of the first group. The album commences with the most traditional Forgotten Tomb song of the cd, 'A Dish Best Served Cold', and as is usual with this band, high-pitched screams are perfectly combined with some great melodies, a trademark in Forgotten Tomb. The tempo varies between the typical mid-pace and the surprising outburst of speedy fury. This composition is clearly a future classic in the band’s set list. With the second track, 'No Rehab' begins the most controversial part of the album with highly criticized lyrics and some new influences in the band's sound with its gentle start that could contain some influences of American southern rock. Moreover, the song features some clean vocals that will take prominence throughout the entire album, though the screams are more often used. As I have mentioned before, one of the main characteristics of this album is that the band is absolutely focused on getting the best melodies and introducing them massively and believe me the work here is extraordinary. 'Negative Megalomania', the third song, is a perfect example mainly in its second half, but the initial part is awesome as well with the best clean vocals of the album perfectly combined with the usual extreme voices, but the best is yet to come. After a powerful solo and a slow-paced section, it begins an amazingly beautiful section of guitar melodies which lasts until almost the end. No more words are needed. Just listen to it and you will feel the ecstasy. For the fourth song, 'The Scapegoat', we have another calm start that has a crescendo as the vocals and instruments gain strength and rawness, but then another excellent melody rivals in prominence with the clean vocals that I really like. The most powerful and slow parts are combined aptly through the rest of the composition. The album ends amazingly well with 'Blood and Concrete'. This, beside the first song, is the composition that convinces more fans of Forgotten Tomb’s old sound. The first part that is raw and fast, at least more than the rest of the album, culminates in a very fast section, and just when you think that all the song will be the same, there is an abrupt break in the pace when some excellent melodies appear and the songs slows its tempo a little bit. This last section is simply beautiful and clearly shows the great work done by the band in this aspect. What a wonderful ending!.

In conclusion, Negative Megalomania can be considered an excellent piece of work, not reaching the level of extreme darkness and depression of Springtime Depression, but it demonstrates how Forgotten Tomb is capable of building a monument of sensational guitar melodies, perfectly combined vocals, and this beautiful (and painful) sense of despair. A must have.

This must be one of the most interesting releases I've heard in a while. Suicidal black doom metal is probably the best description to Forgotten Tomb's style but in no way this tag can give you the full picture of their sound. At the root you have heavy, melancholic doom with some My Dying Bride's overtones. On top of that those five Italians lay an amazing Katatonia like, lead guitar work that is so diverse and colorful that it can make more famous Swedes jealous. The only black references are blast parts and Herr Morbid's harsh vocals and even those are mixed with good dose of clean parts that give this record another dimension not found on their previous releases. Another thing worth mentioning is crisp and clear production that makes those on average 11 minutes tracks pleasure to listen to form first note to last. "Negative Megalomania" shatters the boundaries of black and doom metal and if you let it pass you'll miss on one of the best releases of 2007. This is not leaving my CD player for a while.