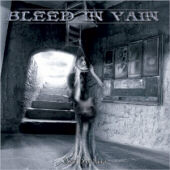 This album has the sound of Melodic Death Metal combined with a Metalcore element. The sound here is pretty groovy and catchy overall. There is still an intelligence mixed in with the accessibility as well. It makes for a listen that recalls the likes of Dark Tranquillity, but with a Hardcore edge.

Regardless of what way the songs shift, there is always a strong thread of melody throughout each track. The mixture of harsh vocals with sometimes clean ones is nice as well. Regardless, with all of the positives, there are some negatives as well. The production is weak sounding and doesn’t allow the music to stick out as much as it could. The musical performances are fairly good, but could also be increased in style and ability. Also, the vocals match the music well, but are a little rough in nature and don’t command a great deal of attention. Atmospherically, there is a nice smooth feeling to most of these songs and it lends to a gentle uplifting mood. Some aggression is mixed in at times, but for the most part, this is a pretty smooth listen. There are no real highlights on this disc, but some of the later ones like 'Crushing Level' and 'A Useless Dream' are superior to the rest.

On the whole, this is an interesting disc, but nothing incredibly impressive. Fans of music that has a melodic tendency with some intelligent portions thrown in here and there will want to check "One Day Left" out.