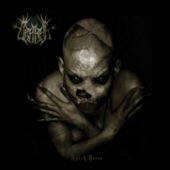 Bands who permanently prefer high speed rhythms are always at risk to neglect the construction of tension curves. Even if each and every song is convincing by itself, the accumulation of ten or more tunes on one album can be tiring. With a view to Agash Daeva, this gives rise to a question: do we have to focus for this review on the whole album or on the individual songs? Of course, the former is correct. Grabak have therefore to deal with the reproach that it is not easy to listen carefully to this full-length at once. But at least the good news is that you can start to dive into this album wherever you like. You will definitely not find a weak song. Quite the reverse: Grabak deliver eleven blasts of first-class quality while celebrating aggressive black metal in pure form. It just seems almost to be impossible to figure out the highlights, because it takes a lot of time to find a way through this sound inferno. Don´t think that you can remember specific details after the first or second listening to Agash Daeva. This has quite a lot to do with its sound. With regard to the brutal songs, the album would have surely deserved another production. It should have got a deeper sound and a greater sonority. It is nevertheless a massive wall of sound, but just a bit one-dimensional. Furthermore, sometimes the album lacks unmistakable riffs.

After a long engagement with the album, you will recognize the highlights. 'Homo Diabolus' offers a rabid beginning, of course high-speed drumming and flattening double bass, but also fascinating tempo changes and a fairly memorable riff. The same description can more or less be used for stormy eruptions like 'Judas Iscariot - As Wolf Amongst Sheep' (which delivers the catchiest chorus) or 'Furia'. There is no doubt that Grabak tried to create a diversified program, but they have not been entirely successful. For example, the vocalist sings in both English and German, but this has no significant effect. This also applies to their late short-term change to mid-pace ('Strigoi'). It is therefore all the more important that the strong and coherent songs form an album with an authentic and defiant aura.

So what are we left with after listening to this album? It feels like having survived a concentrated attack of a trigger-happy artillery. While staring with empty eyes over the devastated battlefield, we have to admit: this scenario is not the worst, at least in terms of black metal. But although an efficient artillery is definitely helpful, you need more weapons to win the war all along the line. Under this premise, Agash Daeva is certainly a strong album, even though a bit more might have been possible.