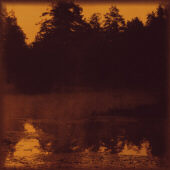 Perhaps everything is already said and done after 15 reviews for an album with just three tracks and an outro. Nevertheless, Drudkh’s debut has a magical component that makes it difficult to write not about it. And what is still the sweetest thing about temptation? Of course, giving in to it. Moreover, good albums cannot be praised enough in times like this when myriads of mediocre formations overflow the market with their digital crap. So, let’s give our best that the title Forgotten Legends does not become a self-fulfilling prophecy.

Okay, let’s go one step back. With regard to the here reviewed output, the term “legendary” would not come to my mind due to three reasons. Firstly, its production suffers from imbalance. The voice did not get the room in order to be on a par with the instrumentation. (On the other hand, I freely admit that exactly this mix ensures an impressive density.) Secondly, the outro is completely useless. I mean, who needs an atmospheric outro after 36 minutes of atmospheric black metal? Well, I learn that sometimes it rains in the Ukrainian forests. Nice to know, but not really crucial for my future, I guess. Thirdly, it was no ground-breaking full-length. The here presented style was already well introduced,

Apart from these details, Forgotten Legends delivers pure art, a stunning mixture of absolute concentration and pure favor. Yes, just like hundreds of other bands, the Ukrainian unit cannot hide its main influence. Sorry that I forgot its name, was it Muzrub? Must be something like that, I just remember that it was a lonesome weirdo from Norway. I don’t know whether or not he likes albums like this debut, but one thing is for sure: do not invent a new style if you cannot stand the fact that other artists can perform it as well, in the same quality or even better. Drudkh celebrate this form of atmospheric (not orchestral!) blackness with utter dedication – and with hypnotizing guitars that are rarely matched. Of course, those who hate any form of repetitive art should stay away from this record, but the creation of a trance-like condition cannot be produced at the touch of a button. In addition, be aware that repetition does not necessarily indicate a lack of substance. The compositions avoid boredom cleverly while offering different melodies, different tempos and different levels of vehemence. Yes, the production lacks balance, but the song material finds the perfect path at the interface of melancholy (or even poetry) and metal. Some parts of the fantastic “Forests in Fire and Gold” sound like a less brute version of Muzrub’s “Jesus’ Tod” and the (at the beginning comparatively nervous) guitar work of “Eternal Turn of the Wheel” also leaves its mark, especially in the song’s second half. But regardless from influences of any kind, it’s really interesting to see that all regular tracks rest in themselves without lacking a proper dose of aggression.

Honestly speaking, this CD was silently rotting on my shelf for a long period. Maybe I wasn’t aware of its class anymore with respect to a couple of further, less strong outputs of Drudkh. So, if you like to take a dive into the rich discography of the band, it could be a good idea to start with the debut – not only due to chronological reasons. It’s a mature, intriguing album that invites your soul on a tour through unknown forests and windy fields. Moreover, it has stood the test of time in the last 17 years and I am sure it will still be heard by well-informed music lovers in the year 2037.