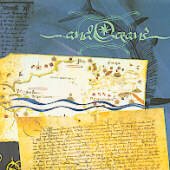 Debut solo release from symphonic black metal band ...And Oceans. “The Dynamic Gallery of Thoughts” (“TDGOT”) is a nice keyboard black metal album, with strong production values, and nice guitar riffages throughout. The opening track is a symphonic masterpiece, showcasing the best that ...And Oceans have to offer on “TDGOT”.

It is a real pity that the rest of “TDGOT” pales in comparison to ‘Trollfan’, that’s not to necessarily say the rest of the album is bad, quite on the contrary, its good but doesn’t possess some of the drawing power of later albums that ...And Oceans have produced.
Vocals throughout the album are superb and display some of the best quality black vocals heard throughout the world. This really helps gel the overall feel of the album together along with terrific keyboards.

...And Oceans, along with technologically superior acts like Satyricon and Borknagar, are really going to push the boundaries of what black metal is. They play a soundtrack to a cliched, bleak future and play it with style. Electronic elements that are harsh and unforgiving really set forth the future of black metal and will continue to test and probe the limits of what the consumer market can comprehend in extreme music.

Bottom Line: Interesting, cool modern symphonic black release from these lads. Worth picking up, if just for ‘Trollfan’. The future of black metal WILL be decided by black acts like ...And Oceans.