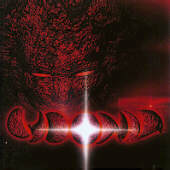 Cydonia’s self titled debut is an entertaining start for this Labyrinth/Vision Divine descendent. While founder and vocalist Dan Keying’s vision of a progressive power-metal band isn’t that original and lacks diversity among the tracks, it certainly is a great exposure of the hallowed double-bass.

The drumming speed on almost all of the tracks is more than a little impressive for a power-metal band; it’s pleasingly surprising. However, at times it doesn’t seem to fit in with the rest of the band, particularly the vocals. Let me give you an idea here; put James LeBrie of Dream Theater singing his little love fairy tunes together with Cryptopsy’s skin-beater, Flo Mounier, in all his fury… and you have something that doesn’t really match up. Well, it’s not that bad… or weird (however you want to look at it), but you get the idea. It needs some work.

The other strength for Cydonia is concept. For those of you who don’t know, Cydonia is the region of Mars that has that big ol’ human looking face on it and some pyramids. I love concept albums and concept bands. Granted writing albums of music about the same thing can be tiring for some musicians, I salute and admire any band that makes the attempt.

Newcomer Steve Sguario does a great job working out the hooks with Labyrinth veteran Olaf Thorsen, however the entire strings section needs some more work on coming up with new sounds to add variety to the tracks. It seems they are missing a little perspective in that this is a concept album not a concept sound.

Bottom Line: This debut is speedy and fun but lacks diversity. Cydonia is worthy of prog-power metal collectors, but not those who only have the money for the cream of the crop.