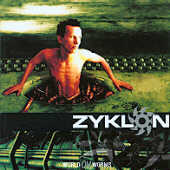 Spawned from the members of infamous extreme black metal outfit Emperor, Zyklon is a concept not to be trifled with. It seems Emperor can do no wrong with the formulation of new bands; Peccatum and now Zyklon. Where as Peccatum delved into the classical realm of black metal, Zyklon dives to the complete opposite, an absolute hybrid assault of shredding black, combined with ultra heavy death metal. The end result is something very special and extreme.

Comprised of Zamoth and Trym from Emperor, and Destructhor from Myrkskog handling instrumental duties, you know this record is going to be extreme to the absolute maximum. Daemon from Limbonic Art now handles vocal duties full time for Zyklon as he was only listed as a guest musician on “World Ov Worms”.

Zyklon additionally utilizes lyrics from infamous inmate Bård "Faust" Eithun, which really help to convey the post apocalyptic world that Zyklon tries to paint. Clean vocals on ‘Transcendental War – Battle Between Gods’ are sung by infamous ex-black vocalist Trickster G. (or Garm, as I like him known as), really help complete a star-studded lineup of black/death fury.

What really pinches “World Ov Worms” as a true apocalyptic sounding record is not so much the lyrics, but the introduction of the excellently woven electronic effects dispersed throughout the album. Favorite tracks for me are ‘Chaos Deathcult’ and the 8 minute epic ‘Transcendental War – Battle Between Gods’.

Bottom Line: Good shit doesn’t stop spreading forth from the creative minds of Emperor. Zyklon is huge and compulsive listening and “World Ov Worms” is a quality album.