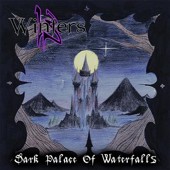 I love a band that can say that they are original because they have used so many different styles to create something that's theirs alone. 13 Winters is a band that says this, and can back it up. This is a band that will span all metalheads... even the Death Metallers.

How to explain such an amazing band? It's a little hard to do because of the many parts they have given add up to the indescribably... but here it is. Take Gothic Metal and Viking Metal, mix in some nasty early Cradle Of Filth explosion, add in some classic Yngwie Malmsteen inspired Neo-classical moments that verge on progressive edginess... then dash in lots of influences as varied as Black Sabbath, Novembers Doom and even some Candlemass then let it all come together with a doomishly amazing female on vocals that can growl better than most... you got 13 Winters.

This stellar band from New England has it all and then some. Musically they are just amazing in both form and substance, but have some of the best brutal heaviness that cascades from each musical notation they play to carry you off into a realm of darkness and sweepingly majestic melodies then catch you as they draw you in. Now that is how to describe this band in spades!

I have not been so impressed with any band like this in years... yes, I said years.. 13 Winters are a band that can play, and play hard... I only hope that they will tour Canada at some point so I can see them alive and up close. This band is the real deal.