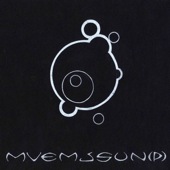 If Haieeta is the best thing that comes out of Ireland, then, someone please help us all. Yes, they do have a heavy sound, but it seems a bit sloppy. Haieeta consists of five members: Dimi on vocals, Rark and Pookie on guitars, Briain on bass, and Niall on drums, it could be much better given the talent of these individuals. The Mvemjsun(P) album only took them three days to complete and it certainly seems so.

When putting in the CD we are greeted with the song, "Dragonflies Terrain." When the song starts, I am optimistic by the heavy pounding of drums, building up to decent guitar riffs, but, then, I lose my erection when I hear the singer belt the lyrics. It reminds me of hearing a cow dying, which has just gone to slaughter.

"Freeze the Flame" is the second track. This one starts out just as good as the first, but I am once again disappointed with the delivery of the lyrics. I know the singer is trying, but I think if his delivery had a little more energy and punch, this song would be great.

Really, none of the other songs are worth noting except for one more. If there is once chance for this album, one selling point, it would be because of the song, "Telepathic Love". It has a great beat, great lyrics, and guitars that hit the eardrums like the sweet sound of breaking glass. "Telepathic Love" is by far the best song on this album.

With all of this being said, I still feel that fans of the Stoner Rock genre would enjoy Haieeta and this album very much. It's a type of album that you would want to break out and listen to with a group of friends, heck, even I would do that. I know how hard it is to get studio time, but if Haieeta would go back in and re-cut these songs, this would be a very strong album. It's not the greatest, but it's still tolerable.

Bottom Line: This could be an album that you listen to only once and throw it aside only to forget about it.