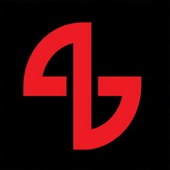 This is really furious, fast paced punk/metal that comes straight out of the great white way that is Canada... but this disk has caused me to really ponder what to write about them, even after nine times playing the album over... I was having a love/hate sort of thing with it.

On one hand, I love the sarcastic humour that Allguilty spits out to you, reminding me of bands like S.O.D or even a little like the 80' sick group Mentors on many occasions... but the music is what keeps me from totally raving about this twisted thinking group and brings reality into play.

I nearly peed myself with laughter more than once throughout this album. Songs like ‘All those...’ and ‘ Lets go motivation’ had my sides hurting so badly as their lyrics were on the verge of causing that ‘yellow flood’ to gush forth from me. With satirist fire and a viperish tongues, they slag many things out there that are in pop culture today, and put their own seriously warped spin on life in general...but sadly Allguilty’s music counteracts every single clever word spoken and brought me back down to earth like a three hundred ton meteor.

Musically, it sounds like all other bands that try mixing speed and punk together... and the somewhat lackluster production of the album just made that even more prevalent. The whole thing feels jerky as hell, sounding almost out of sync even though that is what the probably were going for... the production kills what they were doing.. Along with mistakes arranging the songs in the first place.

Lyrically, I would give Allguilty a perfect score, being that I love sarcasm in ever shape and form that makes me roll on the floor as it did... the music simply makes the whole thing come to a screeching halt. The Titanic was perfect on paper... then that damned Iceberg ruined everything... Get the picture?