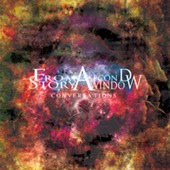 Ohio’s From A Second Story Window is an interesting band. Having not heard of them prior to my listening of Conversations, their 2nd full-length release, I had grim expectations. This fact is more of a testament to the stagnation and mediocrity emanating from the screamo/metalcore scene than a glimpse into my personal demeanor regarding music. The truth is, screamo is a repugnantly saturated genre in which only a handful of bands make a splash, while the others drown in a vat of fluid of their own middling impersonation of originality. Having said that, From a Second Story Window does not, thankfully, fall into this category.

Conversation’s opener, “Most of us are Normal,” is impressively progressive, creative and emotive. The vocals float from harmony to sensitive harmony with lacings of aggression, introspection and self-awareness. The lyrics are unusually intelligent and poignant for a band populating this genre, but definitely welcomed and appreciated. Will Jackson’s clean vocals are stirring and pure, while the guitars provide a distorted, murky accompaniment that underscore the vocal harmonies.

“Self-Admitted” enters into existence like a ravenous wolf. This song, like so many in this genre, straddles the line between screaming, growling and singing. However, where many bands lose focus and try to adhere to a “formula,” From A Second Story Window lets things gel naturally. Therefore, the song is emotional and intense.

“Leaving the Earth” is one of the weaker songs on the album. It has sections that are strong, but the majority of the tack seems uninspired. Likewise, “Monumental Treason,” follows the same path and suffers from similar hindrances. The chorus is generic and bland. Both tracks have intense interludes and precise musicianship, but the staleness of both fails to continue the momentum of the first two songs.

The fifth song, “The Burning Bush,” reveals an intricacy to the guitar work of FASSW. The band works well together, and it shows in this song. The music is pummeling and unrelenting, while the vocals penetrate. This track exemplifies a maturity that is absent in most screamo/metalcore bands and is refreshing to witness.

The intelligently named “Severed Heads Open Minds” opens with a brutal death metal riff and equally potent drum fills. Jackson’s guttural growls challenge those of even the best metal frontmen. The song progresses and evolves into a clean chorus that, while not inhibiting the momentum of the song, does not accelerate it. There is an interesting musical interlude towards the end of the song that adds a creative, eclectic element.

“Swarm of Bees” boasts the albums best guitar intro riff. The song resembles that of a mathcore track, as it’s fast, furious and contains those odd signatures. “Swarm” is intriguing and heavy, it constantly morphs and is remains kinetic. If not the album’s best, it’s Conversations’ most compelling.

“Advancement Toward Nothingness” is the album’s standout track. Combined with the previous “Swarm of Bees,’ “Advancement” anchors a twosome of power, originality and unquestionable scope. The blazing guitars are violent, yet channeled and mature. The disparity of vocal styles is natural and never feels forced.

The album’s last 2 tracks, “Stolen Lands” and “When Harry Lost Sally” are both competent closers. There is nothing specific that makes either track extraordinary, but they are both polished and independent. The former track contains elements of songs from both halves of the album. It serves as a metaphorical summary, or microcosm, of the album, as a whole. The latter is an acoustic track with an interesting beat. Much like the album’s opener, “When Harry Lost Sally” is lyrically and musically articulate.

At Conversations’ worst, it’s mediocre A Static Lullaby, encompassing both the strong and weak elements of post-hardcore rock/metal. At its best, Conversations is a staunch reminder as to why metal fans consistently explore genres long infected by imitation and limitation. On that rare occasion, a fresh sound will be found. Albeit not a flawless release by any means, From a Second Story Window's third release is a body characterized by potential, talent and originality.