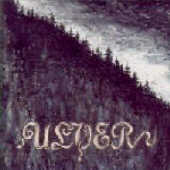 Norwegian and from 1995, I know what you’re thinking. Most of the material on this album couldn’t be further from normal, trendy, corpse-paint black metal that dominated this era and place, although other parts are almost exactly that. The mini CD "Bergtatt" totally captivated me as soon as I heard the first song and completely enchanted me when I got to the solo. Simply beautiful, light, melodic songs with a mix of sorrowful voices and also the classic black metal rasp at some parts, the latter being a big downer. I much prefer the melodic, slow parts that beautifully conjure visions of trolls in a mythical Nordic forest. Tons of atmosphere and feeling that just draws you in. I’ve heard this type of music called "troll metal", however I will not resort to this pathetic and comical rendition.

Of the five tracks, the other parts are pretty much normal black metal songs with a weird melodic twist and slow, mesmerizing acoustic interludes from time to time. Even during the furious pounding of the drums and distorted guitars in the fast parts, the bass is surprisingly still heard, almost unheard of in black metal where I often wonder if they’re using a bass guitar at all.

Bottom Line: There are very few albums out there that have a beautiful and timeless atmosphere and sound like "Bergtatt". This is a record that sits for years in a dim corner and hides it’s dark and distant secret. If it were not for the inferior black metal parts, it might well have gotten a 10.