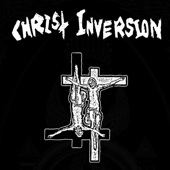 Blatant, shameless, heavy and they worship Satan. Hmmm, sounds like one of Phil Anselmo's (Pantera, Superjoint Ritual, ect..) side projects. If you said the word 'yes' to that... you are right on that one. This was originally released back in 1995, and now Phil has released it on his own label for the new millennium.

This is no nonsense, in your face Black/Horror influenced Metal here. There is absolutely no o fluff, no fold... nothing even close to wimpy... Just 100% no filler metal goodness touting the ways and thoughts of Satan himself. This is not anything like Nu-Metal, hair metal or close to being in any way commercially viable. It is serious almost stripped to the bone Black Metal for seariously unquenchable Metalheads that long for bone jarring riffs and killer vocals..

I never liked too many of Phil's other projects over the many years that he has been a force in the scene, but the ones that I did like.... he was nearing genius status with it. I loved the brutal yet catchy Pantera, the powerful and awe inspiring Necrophagia and the simply thunderous Viking Crown. These projects were his absolute best... the rest can be just put aside. With the re-release of this project... I say to put it in with his other amazing stuff. Brutality and brilliance cannot be ignored.

Love him or hate him because of the way he had parted ways with Pantera... you gotta admit that he really does keep the metal fires burning and kicking all of those poser bands all to hell. He is such a part of Metal's glorious history... I see him sort of like George Bush- you either do respect the man, or you find him beyond being respectable. Either way, he is there.