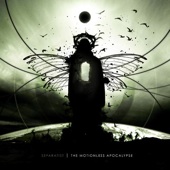 Harsh to the maximum, brutal as a chainsaw on your skull and as heavy as you would be in a black hole in space... Separatist has all of that, plus an added bonus that makes them stand out, especially in the Death Metal/DeathCore areas.. They have scads of melody (don't shy away like that).

Hailing from the far off reaches called Tasmania, the come and hit the shores of North America like none other. This is a snarling, aggressive beast of a band, kind of like if a hundred Tasmanian Devils were all pissed off and that energy was concentrated all into a recording. These guys are the real deal... and even more so. They take no prisoners, and they also take no crap either.

They have melodies that makes each song amazingly memorable, but it is the heaviness and power they do it with is what drives this band and their album as well. Viciously spat vocals, raging guitars that beg to be heard and a drummer that seems to be one of the unknown ones that are going to be heard from. Even the bass has a brutality that just adds so much to it, it is all combined into one of DeathCore finest releases I have heard. Who says that this type of metal cant be musical. One listen, and nobody could!

Take no crap, give none either.... Yep, this is what people can do, when they have talent and the right amount of being pissed off. You get a snarling, gnashing, bloodthirsty creature like Separatist. Buy, listen... 'Nuff said!!