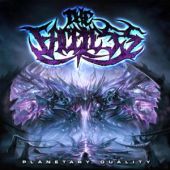 Anybody who listens to technical death metal regularly and enjoys it knows of The Faceless. How could you not? They're constantly heralded as one of the greatest modern names in the genre, and their sophomore album "Planetary Duality" is one of the most copied records the genre has ever seen. The fact that it came out in 2008 is surprising, when you consider that bands still try and fail to emulate this sound 13 years after its release. It's uncompromisingly fast, heavy as shit, and yes, most certainly technical. It's a staple in the genre and will continue to be looked back on for years to come as the genre continues to expand.

"Planetary Duality" came out during the explosion of neoclassical tinged tech death that started with Necrophagist a few years earlier, surrounded by other legendary albums such as "Cosmogenesis," "Diminishing Between Worlds," "Noctambulant," and many more. The premise of the album is quite simple; modernized death metal with a slight core sound, but not too core that it diminishes the product and it just sounds like some shitty MySpace band, with a lot of neoclassical and jazz elements and even some old school tech death tropes that hearken back to bands like Death and Cynic. It's got a little something for everybody who's into the genre. Groove, sweeps, clean singing, all the boxes are checked on this one, even if some aspects are better than others.

I'd say this album's weakest point has to be the robotic cleans and Michael Keene's normal cleans. I don't really think either one pan out very well or fits the album. It's either just really awkward or just straight up dumb. The robotic cleans don't sound good at all and I wish they hadn't made the choice to do that. Then for Keene's regular cleans, he has a good voice but I just don't think this style of technical death metal suits his kind of singing very well. I've heard it work before, but this is not an album where it flows with the rest of the music very well.

Thankfully, the rest of it is really good. There's three pointless instrumental interludes, but how many times am I going to beat a dead horse on metal bands putting in worthless interludes? That leaves 6 actual technical death metal tracks which are all memorable and good in their own right. It's a nice balance of riffs and solos, where we usually see bands stray into one of either direction, but "Planetary Duality" finds a nice balance between showboaty solos and really heavy, technical riffs. The riffs are this record's bread and butter; all of the songs have well made, headbang worthy riffs that have nasty hooks and reel you in with their technicality, yet surprising catchiness. The leads are both impressive and memorable. They don't feel bothersome or just like complete musical jerk offs. Sure, they're definitely technically proficient, but they have a good sense of melody most of the time. The bass is also pretty standout at times, the first track even opens with a nice bass lead, a good introduction to what's about to come.

The production is good, but when do I really ever complain about an album's production? I think one time so far. It doesn't really bother me ever, but I do like the way this album sounds. It's pretty tight and everything is audible, I enjoy it.

This review is next to pointless and redundant, this isn't like some hidden gem that nobody's heard before. Most everyone into the genre and even people who aren't fans of this specific type of death metal have probably seen this band get mentioned before. It's already a classic at this point. It's got a lot for fans of tech death to enjoy, from the riffs and solos to the spastic drumming and song compositions. Maybe the vocals are a little lame, including the growls which don't really standout, but not everyone can be Lord Worm. If you haven't heard it before, I'd give it a try, it's well known for good reasons. Too bad the band kind of struggled to make anything near as good as this later on and controversies have surrounded main songwriter and axeman Michael Keene. Oh well.

Favorite song: 'Legion Of The Serpent'