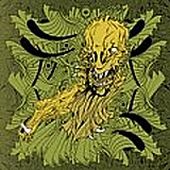 I love metal in all of its devious forms, and my philosophy has always been to give a chance to any metal at any time. Saying that, here we go... The buzz surrounding this brutal band from Michigan called If He Dies, He Dies deemed that I at least give them a fair shake and listen with my mind clear.

At the outset, they seem to be in the vein of bands like Crowbar, Mastodon and High On Fire, it is these influences that certainly develop this bands brutal assault. Pissed off is a light way of describing how If He Dies, He Dies sounds, as the are as good as they are sounding mad at the world. It is clear to who they are, not to mention that they are intelligent as hell as well.

Tracks like 'Heroine', 'Destroyer' and 'A Man Possessed' holds both a great amount of complexity and also pummels you with sheer barbarity in the way they lash out at you both in lyrics and music. They remind me a little of Corrosion Of Conformity at times... and even has some melodic leanings towards the mighty Iron Maiden as well. They blend it all together into their amazing power of what it all is.

They are a band, that clearly makes sure that their lyrics are as good as the music that accompanies it. Truly, this is a band worth watching out for in the near future... because this is a band that is on the verge of metal overlord status. They have to make that next step in their evolution, metalheads for now need to hear them.