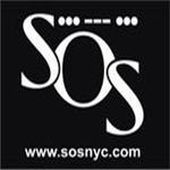 Type: Full-Length
Release Date: 2008
Label: 316 Productions
Genre: Crossover, Thrash
1 Walk Of Shame
2 Fear & Ferocity
3 Do You Want To Go Bowling...?
4 Daddy Like
5 Wasteland Temptress
6 Hypoxyphilia
7 Frames
8 The Bane Of Joe Smolinsky
9 Half Mast
10 The Thing Is...
11 Life Of Love And Peace And Harmony
12 Separation To Survive

Being not much of a Punk fan (except for the classics like The Ramones and Black Flag), I saw this album and was honestly not looking forward to reviewing it. I thought to myself that my boss at MetalBite.com might have had a brain fart or something when sending it to me (sorry Tomasz!)... Listening to S.O.S. - "Adult Situations", I finally understood that he was not crazy at all... and he knew exactly why he sent it. Rule one: never question the boss!!

S.O.S. really came across as old school Punk that had a serious crossover feel to it. I heard some metal influences like Sacred Reich and the some Tank, but there was also Danzig in there (both Misfits and solo era), Corrosion Of Conformity and even a odd feel there was a feeling of Grunge (Soundgarden to be more clear) and a strange melding of 80's radio rock. It was very surprising the mix of so much... but so damned good.

Song like the over-the-top hilarity of 'Do You Want To Go Bowling...' made me howl while the hiccup inducing 'The Thing Is..' had me rolling on the floor and unable to get up. It is true that S.O.S. are not metal in any form, that aside, I just have to say this New York City based Punk bomb plainly are just so damned fun nonetheless... they are a light hearted punk-a-rific extravaganza.

Punks will enjoy this 12 song romp I am assured of, but as attested to in my written musings earlier... I am more than sure that metalheads will love this album as well. It is not even close to being technically pretty and has no serious musical explosions thundering out of it... but as just plain fun, it os one that we all need when the world gets just a little too serious to handle.