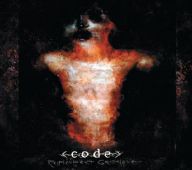 Type: Full-Length
Release Date: June 1st, 2009
Label: Tabu Recordings
Genre: Black, Progressive
1 Smother The Crones
2 In The Privacy Of Your Own Bones
3 The Rattle Of Black Teeth
4 Possession Is The Medicine
5 Jesus Fever
6 I Hold Your Light
7 A Sutra Of Wounds
8 The Ascendent Grotesque

The second full-length album of Code Resplendent Grotesque is more progressive and experimental than their debut album. Of course, they wouldn’t write something boring or poorly performed in advance (with musicians from the bands Dødheimsgard or Ved Buens Ende)and no wonder, that this album was nominated for Spellmannprisen (Norwegian Music Awards). The music lovers appreciated this release not only in metal community (and that doesn’t mean, that it’s mainstream, as well).

Album starts fast and expressively, and from the start, the listener is enchanted with the perfect contrast between clean and extreme singing of Kvohst. His growling is not too deep, but he sings emotionally with screaming passion. His clear singing with high timbre is mournful, calm and pervasive at the same time, and not to mention its beauty and sonority. So, there’s good balance between melancholy and brutality with culmination in melodic and painfully lyrical choruses (for example, in the songs 'A Sutra of Wounds' or 'In the Privacy of your own Bones'). Still there are songs, which represent more aggressive and ruthless atmosphere (like 'Jesus Fever' or 'Possession is the Medicine') with more black metal references. There are some strange acoustic excerpts with quite psychedelic mood (like in 'The Rattle of black Teeth') to darken the painful atmosphere. The lyrics are full of sorrowful emotions and are bound to mystical themes (very different from those Kvohst writes in his own band Hexvessel).

Songs are not long, with classical structures, so there’s no crazy technical progressiveness on every corner, progressive elements are moderate and relevant, only to emphasize masterful songwriting and instrumental skills. Thanks to perfect mastering and clean sound the listener can entirely dive into this album, enjoying every instrument and vocal line (Mathew McNerney’s singing is well articulated). Guitar work is really important on Resplendent Grotesque, and though the riffs are not too intricate, they are heavy and intense with morbid violence. Clean vocals and psychedelic moments smooth this brutality, so for black metal genre the second Code album is not too harsh. Yes, it’s based on black metal, but differs from this genre, and after so many years (of black metal’s prime days) adds novelty and spirit of perpetual quest in experimental music field.

After the departure of musicians Viper and Kvohst, the band goes on with their own experiments, their music is now more progressive-based and with less extreme influence, but still it is interesting and perspective. Resplendent Grotesque is their unique and true masterpiece, and no other albums can compete with it, it’s balanced, fragile and powerful. So, Code’s Resplendent Grotesque is one of the classical pieces of original progressive black metal genre.