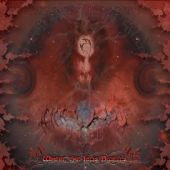 Dunno where this band has been hiding out... or even why they had been, but I am so glad that they have chosen not to be hidden any longer. As a metalhead, I needed this sort of album after hearing some no-so great material earlier.

Right out of the gate on the album, Anatolian Wisdom powers right out at you just after they had lulled you with some pretty acoustics strains. Strong low vocals then break through the quietness and calm, attacking guitar work then sets the all over tone and brings in a clamour of epic levels where it then carries you off into their self told world of pain and darkness under a sunless sky.

Lyrics like on their so haunting 'Ritual Of A Blacken Dawn' sets your sights on the inner workings of hell itself, while the musical side of the band (Like on the song 'Iblis'In Diyari') shows a amazing amount of maturity that is far beyond the youngness of this Vancouver, BC band. Anatolian Wisdom hold nothing back and asks for nothing in return, and makes great music at the same time.

Anatolian Wisdom perhaps are striving for making the next step in the evolution of Black Metal their own. I see it as the band is moving towards that goal with this release, and then some. Canada has not been known for it's making of Black Metal, but it shows that Canada is throwing it's spiked gauntlet into the ring for it. The world has to sit up and take note right now at how Canadian Black metal is not just a joke, but a truly viable export for the metal masses to eat up. Satan is proud!