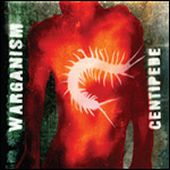 Romanian Warganism has cone to me, and I have no idea who or what they are. I slip the disk in and wait... anticipation of the unknown growing in my head as I press the play button and wait for the first track to tumble out at me. What do I find? What do I hear? I will tell you all...

I was expecting something along the likes of unrelenting and very crushing Death Metal and some shadings of Black as well, because that is what they have deemed themselves to be on their MySpace page. I got to say that Warganism is truly more than that tag, because they have not coined themselves in the right way.

This brutal and talented five piece do have the harshest and very venomously delivered Death Metal vocals around, yet they are actually so deeply melodic and has this sort of ethereal quality that it truly is different. It is with the music where they separate themselves from the normal Death Metal stereotypes, and construct a scaffolding that is a new shape and majesty for metalheads to enjoy.

They have boundless song structures that are throughout the disk. Musically, they somehow come across to me a little like Novembers Doom mixing with some very early Helloween and then adding in some classic NWBHM tilts as well. They have that sort of unique vibe of a band that is transcending all attempts of pigeonholing them in one style or another... then making them be seen as a band that is truly a musical force all of their own

All of the songs are strongly musical in nature while holding nothing that would be deemed as 'wimpy', top that off with extremely well crafted lyrics to go along with it. Warganism is a band that cannot be just one thing or the other. No wonder that people call them the best Romanian band... Hell, I think they might be one of the best out there on the world metal stage.