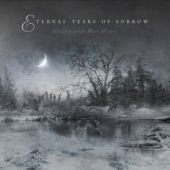 Originality is not a prerequisite for being good. You can be original, and still end up sounding like total shit (just ask the worst of the 80's hair band Wrathchild America). It helps having some level of originality going on for you, but it can be a huge weight around your neck. Now for the review.

Eternal Tears Of Sorrow is a band made up of a grouping of many varying styles...each of them as extreme as you can get. From Black to Doom and even taking a little from Viking and Neo-Classical metal. Just think if shredmaster Yngwie Malmsteen joined forces with a band such as Cradle Of Filth... and had the musical arrangements of Novembers Doom meets Nightwish.

Each track Eternal Tears Of Sorrow has seems to melt into one, and yet each song is a entity on its own as well. The whole album seems to all flow and ebb as you drift into a world of barbaric pain, abject fear, the bleakest of hopelessness and evil spawned blackness. This album can only be truly described as a blackened symphony that is both soaring angelic and yet hellbound to the fiery pits as well.

"Children Of The Dark Waters" is amazingly heavy, musically sweeping and lyrically quite haunting album that surprises you from the very first track to the last one. The album is so good that no matter what style of metal you normally would like, it will touch a part of you with its brutal grace and undeniable strength. This can be described nearly as classic metal album... an album that people need to hear.