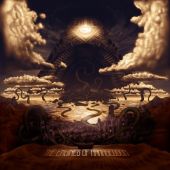 The Engines Of Armageddon are a recently concocted Doom/Thrash/Prog/etc outfit from the U.K. who has just put out their first self-titled full length. Or at least, that’s what many people think they are. But, there’s a whole other side to this, the band is really just the tip of the iceberg, which is ‘The Engines’. Beneath the façade of an innocent bunch of Brit’s who just want to entertain and fulfill their musical desires, is an entire vigilante network dedicated to the destruction of the bureaucratic and classist systems of the modern world.

I have taken great lengths to find and understand the shrouded origins of this covert movement. After treading through the ever changing sands of Wikipedia, hacking my way through the thick forests of Google results and seeking answers from the one they call Jeeves, I have recovered only fragments of information. For one, The Engines are far older than they claim to be (2005). I believe this organization to have beginnings as far back as the 15th century, if not older. ‘The Engines’ organization also has ties with a number of esoteric organizations across the globe including the cult of Cthulhu. Though I have yet to determine what that relationship is, it is certainly an advantageous one for ‘The Engines.’ As for the sharp increase in activity this movement has experienced the last few decades; I have strong reason to believe a Mr. Charles Bronson was largely responsible for it.

This piece of ‘Engines’ propaganda in my hands has proven to be a much more creative and entertaining form of indoctrination than most. In fact, it is so entertaining others actually seek it out. It is a strange mix of Thrash meets Stoner and Psychedelic Doom. Vocals by Bill Fisher (also the drummer) are an interesting mix of Janne Christoffersson’s (Grand Magus) style with grit likened to the great Lemmy Kilmister (Motorhead). ‘The Engines' use many a catchy Doom riff to drag your mind into their world. The opening track has Wino written all over it, yet following is pure Thrash, and then the time signature is dropped in corn syrup and takes off on a rollercoaster of riff driven madness and acoustic interludes. The experimental writing style of ‘The Engines' brings me back to the too short-lived project Age Of Silence. This eclectic style is a difficult one to master; one must find the balance in the expected unexpected. Age Of Silence is an exceptional example of such balance and ‘The Engines’ are on their way to being on a par with that standard. I do also believe they can push the eccentricity to a whole new level.

Despite my criticisms, there are really good things happening here, "The Engines of Armageddon" offer a much needed break from the waves of bands doing exactly what has been done before. We should fear what is to come from a campaign such as this, for their mind-warping potential is great. If you’re at that point where you’ll go Jack Torrance on the next symphonic-black-power-death-core-wtf ever you hear, make sure to check ‘The Engines’ out.