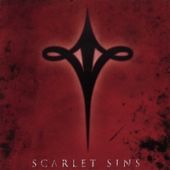 Can you guess what is so deliciously female while possessing the in your face attitude of Motley Crue or Velvet Revolver, the talent of a Black Label Society, while having the song writing prowess next to nobody... and I can top it all of by declaring that they just might be the next big thing? If you guessed that it is Canada’s biggest hidden hard rockin’ metallic jewel, Scarlet Sins... you are right.

Hailing from Canada’s biggest city, Toronto Ontario... These four ladies have come to give straight ahead metal music a firm kick squarely in the ass. The have been bouncing around eastern Canada for awhile now, being a staple of the bar circuit and opened for such notable acts as the already mentioned Motley Crue, Canadian metal legends Anvil and even have had shows with Canada’s other all girl group, Kittie.

One look at these four metal mistresses, and it is clear that they are some very beautiful ladies and all... when you see the talent that they have is when you realize that they never ever will have to rely on that (like Vixen did). One listen to their self titled debut and it is so clear that these girls know how to put together some wicked metal. They can play rings around any band out there... and have the attitude to kick them when they are down.

Songs like the brutally heavy ‘Drown’ which is so damned catchy yet it leaves you headbanging furiously, not to mention the bone crushing attack of ‘Reborn’ which fires out and tells the tale of a band, regardless of gender, that can absolutely rock hard. It baffles the hell out of me that not one of the many major labels (even the larger metal ones) have not snatched the Scarlet Sin girls up yet. These women kick ass... and they deliver it.

The Band: Sylvya Nuvynska (Vocals), Cristina Bishop (Guitars), Tanya Nickalaus (Bass), Elie Bertrand (Drums) are poised to swoop in and become a force in the metal world. I for one, will fly their flag high, and hope that the good ol’ boys club that metal for years have had feels truly scared. The Sin girls are on there collective ass with sound and talent that is unmatched, and they are not going away. Become part of the Sins Movement right now... I have.