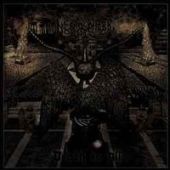 Type: Full-Length
Release Date: May 29th, 2009
Label: Regain Records
Genre: Black, Death
1 Celebration Of The Goat
2 Revelation 666
3 La Satanisma Muerte
4 For Those Who Stayed Satanic
5 Temple Of Damnation
6 The Tower
7 Wings Of Death
8 Death To All
MetalBite on YouTube
MetalBite on YouTube

Let me begin with some words I will not use in this review: mediocre and average, stale and corny, to name but a few. I will also not need terms like powerless, half-baked or lukewarm. The reason for that is simple. Necrophobic's sixth full-length marks their masterpiece and a genre milestone as well. The enormous potential of the band has never been questioned. Additionally, the guys always proved their skill to compose fantastic individual tracks that were perfectly structured and executed. But Death to All takes the final step. It is a perfect album from the first to the last minute. "Storm of the Light´s Bane" was a groundbreaking full-length with a lot of highlights, but Necrophobic even surpasses this stylistically comparable masterpiece. The listener is summoned to drown in absolute blackness while being haunted by an army of vile and infamous ghosts. The guys from Sweden work mercilessly without losing their sense for unholy harmonies. At the same time, the fanatically acting band reaches the ultimate level of ferocity.

It is a thrilling experience to see how Necrophobic combines two seemingly contradictory positions. On the one hand, the group explores the deepest abysses. It dives head over heels into the quintessence of extreme metal and the atmosphere of death and devastation is omnipresent. On the other hand, I cannot blame them for being one-dimensional and / or predictable. The band is not caught in the established rules of the genre. Without integrating external influences, the guys take the liberty to unite unholy choirs with ruthless velocity ("Temple of Damnation", for instance) and they are not afraid of adding a melancholic ending to the apocalyptic "Revelation 666". The band knows that extensive acoustic interludes make no sense and it does not offer more or less superfluous intros. (The tranquil outro, which is part of the final track, must be understood as the calm after the storm. Or to express it differently, there is just nothing left to annihilate.) Compactness and density play major roles. They are key factors for the overwhelming effect of the album. The same can be said about the raw and hateful vocals of Tobbe Sidegård. He articulates all forms of desperation, scorn and insanity. From this follows that Death to All seems to be more than just an eye-catching title for the album. Sidegård obviously understands these three words as the leitmotif for his contribution and he fulfills his part with total devotion. The other guys do not just stand by and watch. They also put their heart and soul into the eight tracks so that each and every one of the furious and sombre songs deserves the highest recognition.

The production lies in close proximity to perfection. No, I must correct myself. In complete accordance with the ingenious songs, the album definitely glitters with a perfect sound. Believe me, I was looking for the fly in the ointment, but I am just not able to identify a weak point. Death to All sounds aggressive, combative and evocative so that the mix puts the predominantly fast-paced songs in the right light. The voice and the instrumental section are flawlessly balanced. I recommend paying special attention to the irresistible guitar sound. It will draw you under its spell while celebrating the most vigorous riffs and melodies. Nevertheless, the guitar work is no end in itself. It is constantly condemned to serve the songs - and the compositional skills of the band are even better than before. To call them outstanding would be an understatement. The most divine (or, if you like, the most satanic) moment shows up during the incredibly intensive bridge of "Revelation 666"; and the immediately following razor-sharp chorus is equally impressive. But Necrophobic manages more atmospheric tunes as well. "Wings of Death" appears as the sonic version of the blazing hellfire and wants to burn your soul with its torrid approach. The hymnal and triumphant chorus of "For Those Who Stayed Satanic" will take your breath away. It’s phenomenal catchiness and the unholy implementation unite with each other and lead to a black maelstrom of unforeseeable vehemence. However, the list of fantastic details could well become an endless one or did I, for example, already mention the unfathomable density of "La Santisima Muerte"?

It goes without saying that the album can be described as violent and punchy. Yet it is a fact that Necrophobic does not primarily focus on brutality. They rather act like conspirators. Therefore, they do not deliver a strictly brute sound that makes churches and mosques crumble in a matter of minutes. But their music is suitable to undermine every religious community so that the sacral buildings can be used for another purpose. Necrophobic needs a place to celebrate its black masses and ritual sacrifices. I guess I will come to one of these blood-soaked events, because the here reviewed soundtrack leaves me no choice. (And maybe you can confirm that I really did not need the words I have listed at the beginning of the review. But if you want to blame me for an inflationary use of positive attributes, please wait until you have listened to this monument. You will possibly see that I did not exaggerate.)