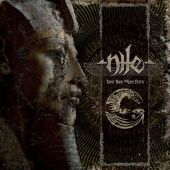 If you know death metal, then you know Nile. And if you know Nile, then you know that the level of their music and musicianship is always a notch above everyone else in terms of execution, speed and intensity. Nile has never been known to hold back in whatever they do – it’s full on, guns blazing death metal, always provided with a touch of class a lot of bands don’t seem to have.

So what does this album – Nile’s 6th – have to offer? Well, first of all, Nile is, in many ways, like Cannibal Corpse. You pretty much know what to expect when going into a new Nile record. Their sound is set in stone, but always add new layers to it, which somehow still manages to keep things interesting and fresh. Blazing riffs, ridiculous drumming, weird chords, inhuman vocals, chants and guitar gymnastics that would make even Vinnie Moore blush in some parts.

We once again see Neil Kernon recording and mixing the album, with Erik Rutan working on the drum tracks. The end result is Nile’s tightest album to date, and that’s no small feat, considering their quite impressive back catalog.

Nile do not fuck around. They take their craft very seriously and put a lot of time and work into their albums, which is instantly noticeable. From the first few seconds, you know that this is not just a standard death metal album featuring some idiot with a down tuned LTD. Nile write and execute their songs with the precision of a razor blade.

"Kafir!" literally bursts its way out of your speakers, kicking, clawing, biting. The first thing you’ll notice is the stellar production and mix, as it feels like you’ve just been clubbed in the head with a sledgehammer. George blasts away, Karl and Dallas unleash a fury of blazing riffs, end the end result is a sonic assault which will shake the very calcium off of your bones. The part which caught me the most was the insane interlude at 2:26, which then progresses into a slow, doomy section. It paves the way perfectly for the Arabic chanting as the song climaxes. And what a climax – the part at 4:32 sends chills down my spine every time I hear it. There is just something about that Arabic sound, that tone, which makes the hairs on my arm stand up. They’re quickly mowed down by Karl and Dallas’ insane leads which follow, with the chant searing in the background gracefully in between the guitar solos.

That there, ladies and gentlemen, is a fucking flawless start.

Yet it just gets better, as the madness entitled "Hittite Dung Incantation" literally collapses your lungs with the force of George’s ridiculous drum intro. I mean seriously, this is now taking the piss, surely? The fluidity of that double bass is just ridiculous, and with no guitars or bass burying them in sound, the overall effect is just astonishing. And the song hasn’t even started! Karl and Dallas seem to play a lot of linear lines on this album, and the passages in this song are a prime example of them playing together in brutal harmony. The guitars sound crisp, bright, yet still warm, and they are just the right level of balance on the record. Not too loud, not too quiet. The riffs however, are definitely something to brag about on this track – they are just fucking stellar. The guitar solos as well, are insane and executed in the most merciless fashion imaginable. This particular track has quite few sections to digest, and they are all gold. You’ll find yourself repeating this one quite often. So many gems throughout.

Another thing which is really quite interesting, is that Nile have brought back the obvious Egyptian influences and sounds like they were on Black Seeds of Vengeance, so no longer are they buried deep in the guitars, this time around they are more evident, and there is a lot of instrumentation going on. All of which sets the general tone and feel for the album. Some may not like it, but this personally, is what I’ve always loved about Nile. So, it was surely a treat for me to hear all sorts of instruments laid out over the usual Nile carnage. "4th Arra of Dagon", is a prime example, in the verse riffs. More of a mid-paced song, it grinds its way through your skull, managing to rattle books off their shelves with its massive low-end chunk. Karl’s vocals are an absolute delight, and he just adds to the already deep low end. The section at 5:36 boasts one of the most evil passages on the album – slow, menacing, deep chanting. The guitars sound like… I don’t know. They just sound fucking larger than Gibraltar. This is surely going to be a live favorite, with everyone in attendance chanting away.

Nile have always been known for their killer intros, and "The Eye of Ra" is right up there with the best, thanks to George, who follows the guitars flawlessly, creating an air tight passage of destruction. The guitars grind, slice and hack through your ears, and they contain just the right amount of variation, so it keeps the track fresh and enjoyable. The little things are the highlight here, such as the riff at 1:29 – god like it is, it managed to draw a huge grin from my face. The melody line which soars across the track is powerful and grand and gives the track its main life force. For me personally, the song climaxes at exactly 3:51, with George’s insane drum fill at 3:54. Sounds like a fucking tank just plowed its way through my living room.

A nice mix of Annihilation of the Wicked and Black Seeds of Vengeance, this album is a perfect mix of balance of what makes Nile their own and will not do any wrong to any Nile fan. Add to that the masterful guitar wizardry and jaw dropping drumming, and you have yourself a treat for just about any death metal fan. The vocals especially, are some of Karl’s and Dallas’ best to date, and also features contributions by Pete Hammoura, Chief Spires, Jon Vesano and Mike Breazeale, making it a truly special gift to all Nile fans.

Nile try to deliver a powerful tour de force with this album and it differs from the more versatile "In Their Darkened Shrines" in that matter primarily. They try to create an overwhelming sound that overtakes the listener and pulls him in. There is however a slight fragmentation of sound that prevents it from being their best work, I think. The focus is still largely there, but the band doesn’t come together as nicely and interestingly as they do on "..Shrines". Make no mistake though, this material is still just as ferocious as Nile are known to be and brings some huge chops to the table.

The band really put a pressure packed approach into use with this disc. The track '4th Arra Of Dagon' has an interesting build up that is one of the best moments to be found on "Those Whom The Gods Detest". However, there is nothing like 'Unas, Slayer Of The Gods' to be found as the album sticks to a shorter, more potent approach. The remainder of the disc shows more versatility, but even more straight up power throughout. Nile are good at creating an atmosphere no matter what they do and this has an epic flair that is different than "In Their Darkened Shrines", but still worthy in its own way.

The album makes up for a slight lack of an interesting identity with consistent, solid Death Metal that constantly excites the listener at each moment. It takes a bit of time to digest everything that’s present, but the album comes into greater focus on multiple listens. I don’t think this is quite the band’s best work, but it is more great material in what is becoming a long line of excellence for one of Death Metal’s elite.